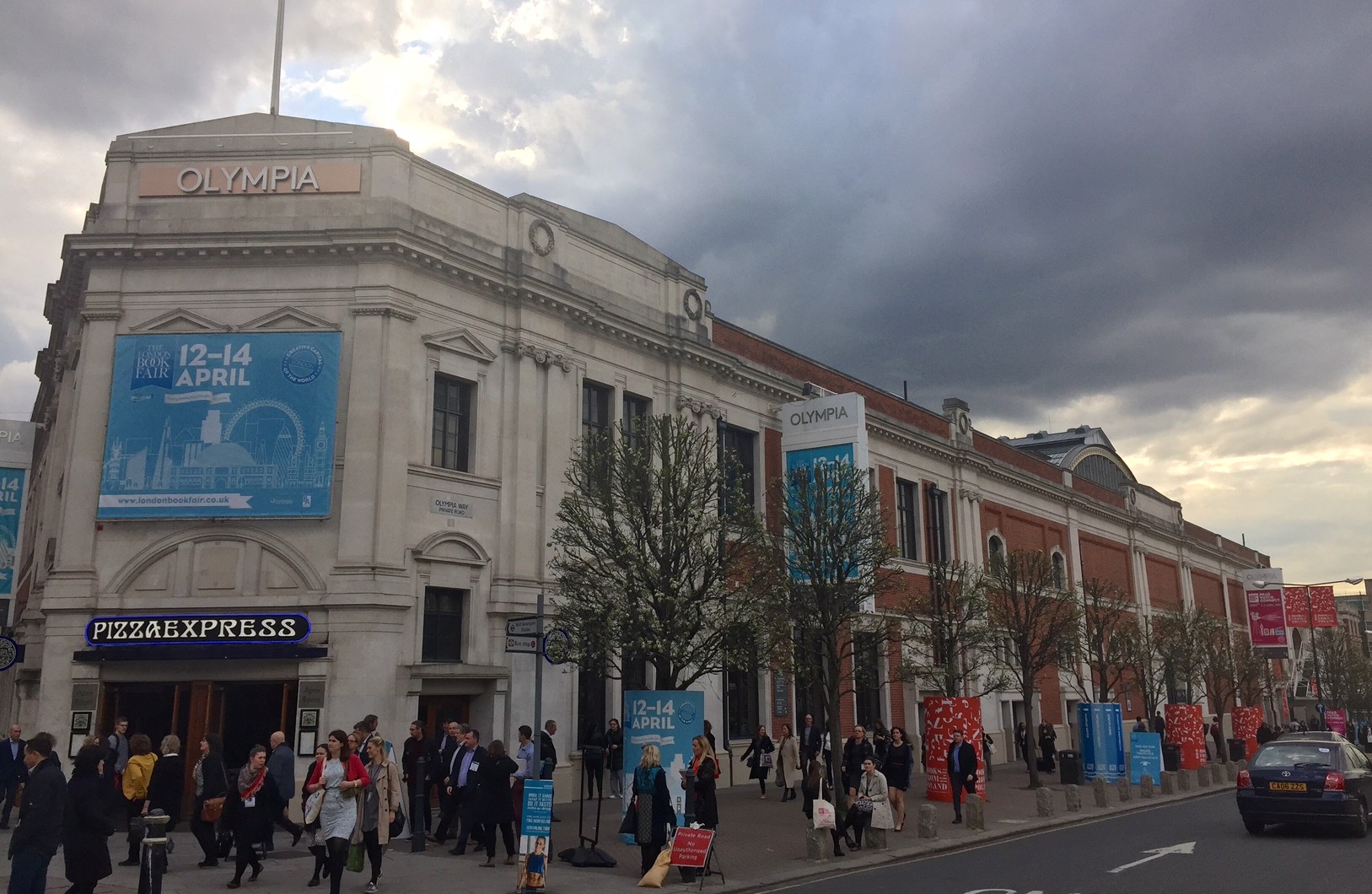 Pontas enjoyed attending The London Book Fair 2016 (April 11-14) with Spring sunshine streaming through the Olympia building and international interest heating up for Pontas authors. Anna Soler-Pont, Maria Cardona and Jessica Craig met with international editors, scouts and film producers and discussed titles and authors from the agency, besides having several lunches, dinners and teas outside the fair grounds.

Below right, Marie Bennett (Swedish author living in London) with Maria, and debut author Saskia Vogel signing the representation contract with Anna (we look forward to be submitting her novel soon!).

War Fairy, the novel by debut author Daniela Tully, became one of the “hot titles” of the fair: translation deals were concluded for French (in the photo below, a happy Juliette Lambron from Fayard), Italian (Garzanti) and Danish (Gads), while offers arrived from the US. Below right, Tim Jung from Atrium Verlag celebrating that one year ago he pre-empted German rights to The Last Way Out  (La última salida) by Federico Axat and became the first of 32 international publishers acquiring translation rights.

Below left, Philip Gwyn Jones, from Scribe, publisher of Fiston Mwanza Mujila, Cristina Sánchez-Andrade, Chigozie Obioma and Gabi Martínez, with Maria and Jessica. The London Book Fair International Excellence Awards, held  in partnership with The UK Publishers Association, took place at Olympia’s Conference Center on April 12th. The award for “Best International Literary Agency” went to American agent Barbara Zitwer. The Pontas Agency was shortlisted for the second year in a row and that second nomination was an award in itself. The other nominee were the Hedlund Agency (Sweden) and Deborah Harris (Israel). Below right, an inspiring Gail Rebuck, CEO Penguin Random House, receiving the Lifetime Achievement Award.