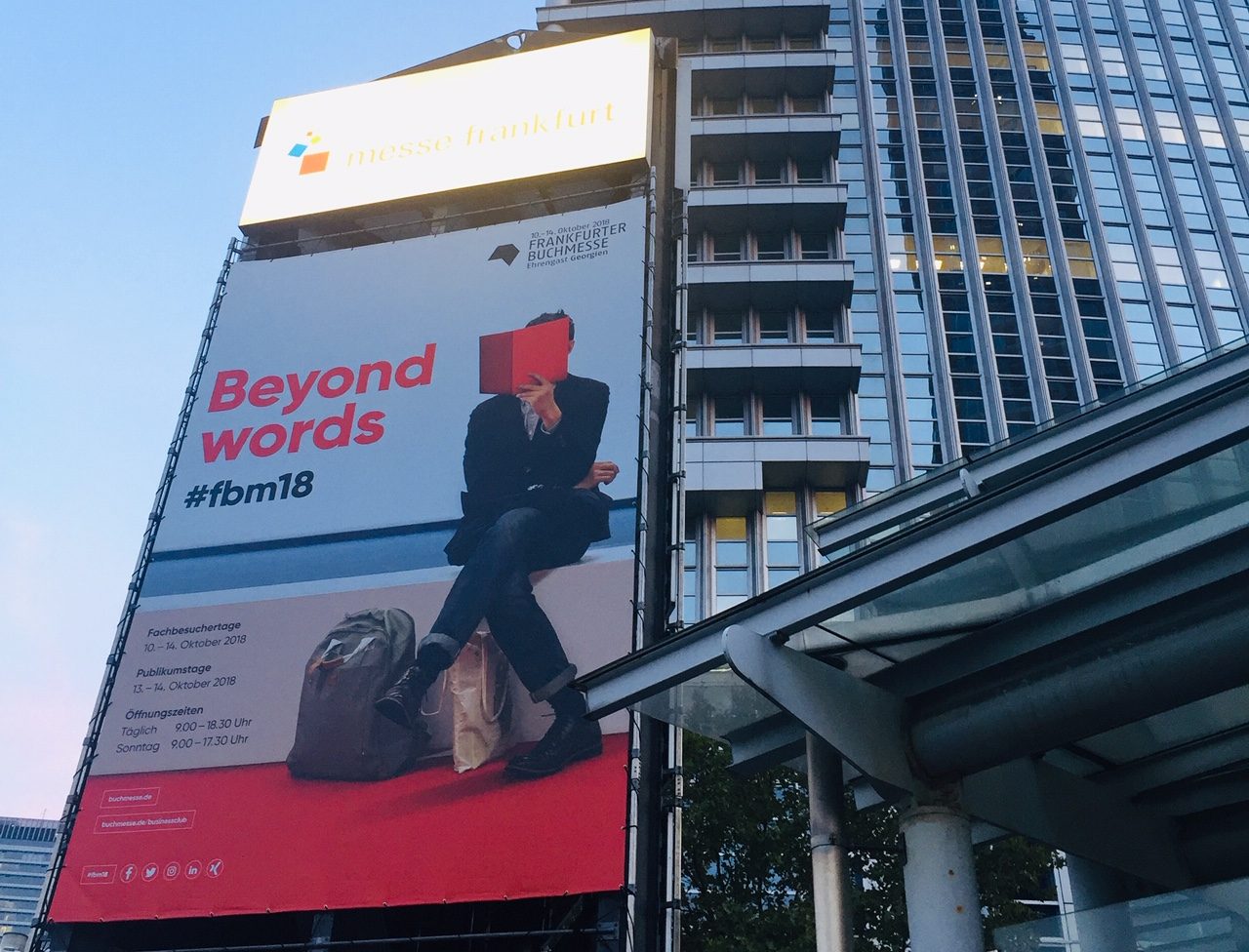 Despite communicating by email, phone and social media all year long, the Frankfurt Book Fair remains the most essential gathering place in publishing and once again the Pontas Agency attended the fair, meeting editors, publishers, book scouts, film scouts and even film producers from the five continents from Tuesday, October 9th to Friday, October 12th.

With more than 150 meetings in four days, we had the chance to catch up with Ben Sevier, the New Yorker publisher at Grand Central (Hachette) with whom we celebrated the recent deal for Federico Moccia's trilogy to be published for the first time in English worldwide (in the photo below, shaking hands with Maria Cardona), as well as with Ingrid Meurs from Orlando Uitgeverij, the Dutch Publisher (together with Jaqueline Smit) of Ayesha Harruna Attah’s novel The Hundred Wells of Salaga.

We could also listen to the publication plans and high expectations for the German translation of Todo esto te daré (All This I Will Give To You) by Dolores Redondo, out in March 2019 with btb/Bertelsmann, with Regina Kammerer leading it (in the photo below left with Anna Soler-Pont); and to the great publication plans for the French pocket edition also to be launched March 2019 with Pocket/Editis: the novel is one of their 12 picks out of 400 titles! In the photo below right, two of the editors behind the success of this novel in France: François Laurent and Marie-Christine Conchon.

This year we were delighted to talk for the first time to publishers about some new clients such as Ijangolet S Ogwang and her debut novel An Image in a Mirror; and Nacarid Portal, the new Young Adult fiction sensation coming from Venezuela to be discovered by the world. We also took the opportunity to talk about books already published or to be published soon. In the picture below left: Federico Axat's French publishers Véronique Cardi (Le Livre de Poche) and Robert Pépin (Calmann Lévy) with Maria; and below right: Sander Knol, Dutch publisher at Xander of many Pontas authors.

Already a success in English and out in several languages, Rainbirds by Clarissa Goenawan will reach French bookshops in January 2019 published by Les Éscales, and Sarah Rigaud told us all about their publication plans and great expectations; while Tim Mueller from Heyne Verlag in Germany keeps working hard to get John Healey’s novel to as many readers as possible.

As a member of the Agents Center Advisory Board, Anna had the chance to take part of a visit to the Festhalle, where the so-called “LitAg” will be relocated next year as a result of renovation works that will take place in the fairgrounds the coming years. At the Pontas Agency, we're really looking for the experience of talking about future books in a venue which is one hundred years old and so well kept. See you in 2019, “Frankfurter Buchmesse”!