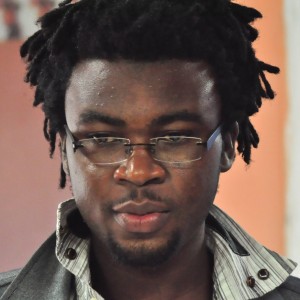 Pontas has recently become the international literary agency for Nigerian author Onyeka Nwelue, and we are convinced that he is an important new literary voice in English language. Born in Ezeoke Nsu in Imo State, Nigeria, in 1988, after graduating from High School, he travelled extensively to Asia, particularly to India (where he wrote The Abyssinian Boy) and to Hong Kong (where he started work on Orchad of Memories). He received a grant from the Institute for Research on African Women, Children and Culture (IRAWCC) and contributed reviews to Farafina magazine and other online and print publications. In 2004, he was described in The Guardian as a ´teenager with a steaming pen´. His writings have appeared in The Sun,Wild Goose Poetry Review, Kafla Inter-Continental and The Guardian. He is the editor of Film Afrique, a primer on African film initiatives, and he manages Blues and Hills Consultancy and is currently studying filmmaking and directing at the Prague Film School. The Abyssinian Boy is his first novel (published in Nigeria by Dada Books and in India by Serene Woods).

The synopsis: Rajaswamy Rajagopalan, a South Indian Tamil Brahmin essayist, is totally in love and happy with his East Nigerian Christian wife, Eunice Onwubiko. But there is a threat to their nine-year-old marriage. On a trip to Nigeria from India, David, their son, travels in dreams with an albino dwarf, Nfanfa. A brain illness develops in David and this (alongside the mass deportation of Indians from Nigeria) set the two families -Rajagopalan and Onwubiko-  crashing in their faiths as they battle differently to keep alive the chord that holds them together. The Abssyinian Boy lays bare the many paradoxes of culture clash with thought provoking and often amusing ironies.

“Very fresh and unusual and completely out-of-the-box” – Smitha Radhakrishnan  And here are two photos to proof that Onyeka Nwelue travelled all the way from Lagos to Barcelona to sign the contract of representation with Anna Soler-Pont at the Pontas offices: