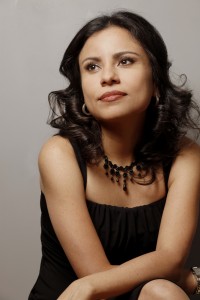 The Granta magazine has finally revealed the list of the 20 Brazilian writers included in “The Best of Young Brazilian Novelists” and Carola Saavedra and Tatiana Salem Levy (left and right above), both represented internationally by Pontas, are there! Parabéns para as duas!!

They say: “From the first ever Best of Young British Novelists, which introduced Salman Rushdie and Rose Tremain, and set the bar for generations to come, to the several  British and American lists that followed and most recently a Best of Young Spanish Language Novelists, Granta has consistently introduced the stars of the future before they become household names. (…) We are delighted to announce the twenty authors who make up Granta’s list of The Best of Young Brazilian Novelists.

Granta editor John Freeman says, ‘I’m very pleased about this Brazilian list, released in the year of Jorge Amado’s centenary, as Brazil’s economic and cultural influence is growing. Here are his vibrant offspring, many of them appearing in English for the first time, proof that one of the great pleasures of reading is finding the unexpected, the voices we didn’t even know we needed so much.

‘We buy Brazil’s clothes, we admire its football, we dance to its beats, but the dream-life of the nation – something contemporary fiction creates in a unique and vital way – remains mostly invisible to us, simply because of a lack of translation. I’m hoping this issue can change that a little, and introduce writers who will be with us for decades.’

Carola Saavedra (Santiago de Chile, 1973) lives in Brazil since she was three years old. She also lived in Spain, France and Germany, where she completed a master's degree in Communication. She currently lives in Rio de Janeiro and she works as a translator and a writer. She is the author of the short story collection From the outside (Do lado de fora, 2005), published by 7Letras, and the novels Every Tuesday (Toda Terça, 2007),Blue Flowers (Flores Azuis, 2008), chosen best novel by the São Paulo Association of Art Critics and finalist of the São Paulo Literature and Jabuti awards, and