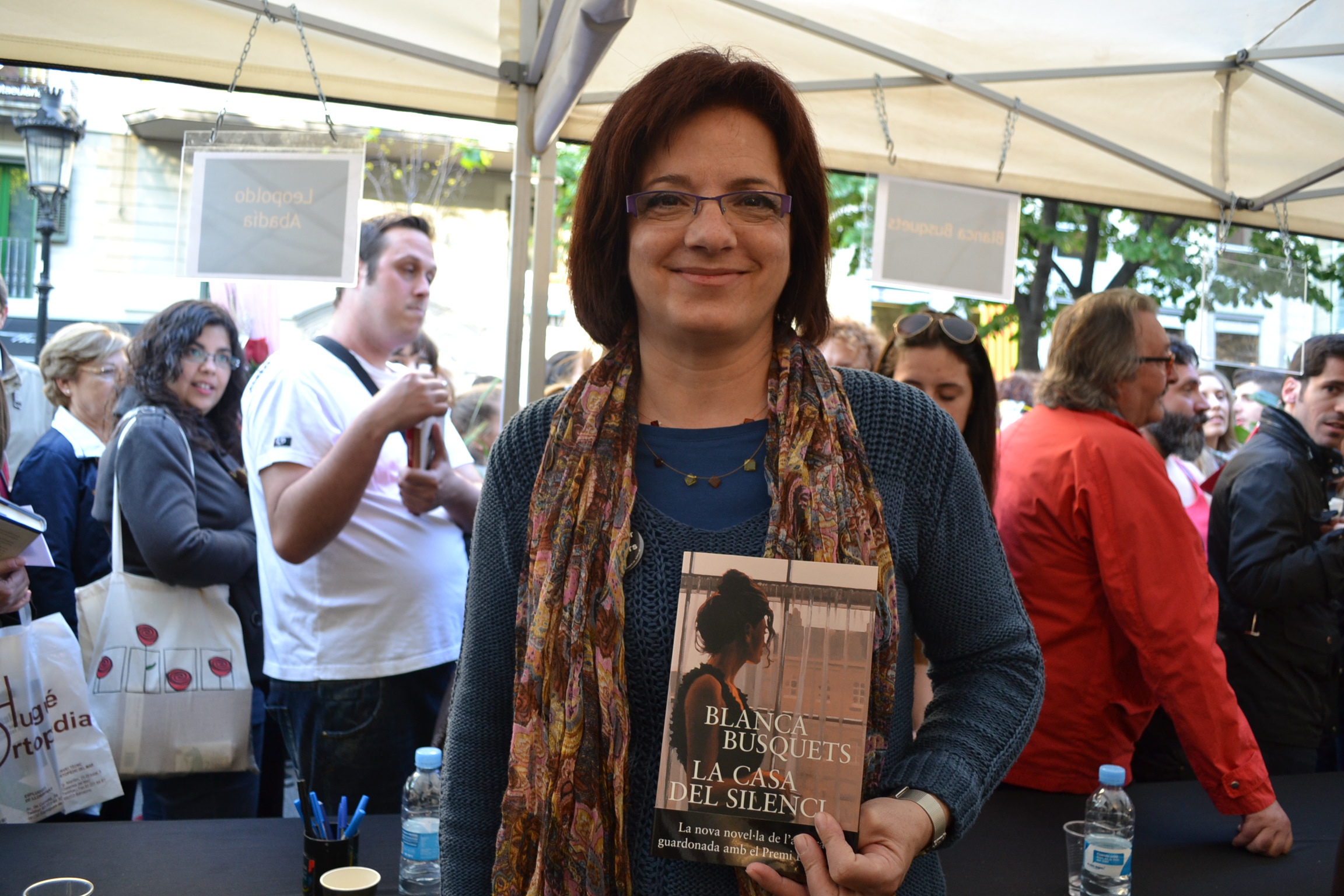 At Pontas we were glad to live, once again, on April 23rd , the experience to see Barcelona as the capital of books and roses! During the International Book Day, hundreds of authors signed their works to their fans and readers; booksellers were happy on a very sunny day; journalists run up and down to cover so many stories going on; and tourists were amazed to see such a spontaneous show around the pleasure to buy books and roses in the streets.

One of the most sold novels of this Sant Jordi (both in its original Spanish language and in the Catalan translation) was The Invisible Guardian by Dolores Redondo. The day before, at one of the many parties organized around the city, Dolores Redondo was awarded by the cultural tv program Continuarà as the most successful debut. In the photos below, Dolores together with Swedish author Asa Larsson, who was also awarded, and next to one of the buses promoting her book.

Maite Carranza and Blanca Busquets were also signing their new novels. The Baobab’s Fruit is its second reprint and The House of Silence in its third reprint.

Lluís-Anton Baulenas was signing his recently published novel Should the Pirate Take Me Away; and Núria Esponellà could talk with her readers about A Woman of Water .

Eugenia Tusquets was also busy from one bookshop to the other with her new crime fiction You Are My Murderess; and Carme Martí saw her novel all over the place after having been chosen by El Periódiconewspaper for a huge campaign (the book, a rose and a chocolate for a special price).

Every year there are more international publishers visiting Barcelona during Sant Jordi and the previous days. And is becoming a kind of extension of the London Book Fair! See you next year!