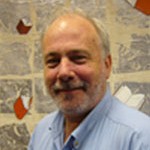 Among all the recent Pontas news, there are four names to underline: Ramón Lobo, Teresa Viejo, Camilla Läckberg and Lluís-Anton Baulenas. Ramón Lobo has been a war correspondant for Spain’s daily newspaper, El País since 1992. He is the author of The Inexistent Hero, where he explained his experiences working in and travelling through several wars, from Irak to Bosnia-Herzegovina, Chechnya, Rwanda, and so many others; and the novel Isla África (Africa Isle), already translated into French, Italian and Portuguese. Some months ago he was sent to Afghanistan to explain to the newspaper’s readers what was going on there besides the headlines. And as a result he started his Cuadernos de Kabul (Kabul´s Notebooks)that were daily publised in www.elpais.es. Now we are glad to announce that those chronicles will be published all together next year as a book under the same title by RBA. Some of the texts can be read in his blog  You can also read what Nobel Prize José Saramago wrote about Ramón Lobo here.

We have just concluded a four-book deal for Camilla Läckberg in Brazil on behalf of the Nordin Agency. Camilla Läckberg is one of Sweden’ s most popular crime writers and Planeta do Brasil will be publishing Isprinsessan (The Ice Princess), Predikanten (The Preacher), Stenhuggaren (The Stonecutter) and Olycksfågeln (The Jinx). Her novels have been translated into 26 languages and are best-sellers in all of them.

German rights of La memoria del agua (The Memory of Water)by Teresa Viejo have been acquired by Pendo Verlag and Turkish rights by Elis Kitap. You can watch thetrailer of the novel to add some real images to the plot here.

In his latest novel,Lluís-Anton Baulenas builds with exquisite craftsmanship a riveting and intrigue-fuelled plot that creates a most oppressive atmosphere, at a time when it still seemed that utopia could get real. The Nose of Mussolinitells the story of Berta Panatis, a young communist activist who is given the order of murdering the general Primo de Rivera, the dictator who ruled Spain during the 20s, at a time when Mussolini’s fascist regime wielded a profound fascination all over Europe. Equipped with a gun loaded with six silver bullets, she hides with her father in a small village of the Catalan Pyrenees to wait for the encoded telegram that will bring her the final instructions to carry out the assassination. Dutch rights have just been sold to Signatuur, in which catalogue two of Baulenas previous novels have already been published with success.