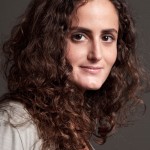 We are happy to announce that this fall 2011 we are enlarging the Pontas list of Brazilian authors!

The highly praised novelist João Almino was awarded this year’s Zaffiri & Bourbon Literary prize for the best novel published in Portuguese from May 2009 to May 2011 for Cidade Livre – Free City (Record, 2010), the fifth novel composing his “Brasilia Quintet”, portraying the construction of Brasilia in the 1950s-60s through the account of a journalist retrieving his childhood memories, sprinkled with the visits to the brand new capital of Brazil of high public figures such as Fidel Castro, Aldous Huxley, André Malraux or Elizabeth Bishop. João Almino  has also authored books of philosophical and literary essays. He taught at the National Autonomous University of Mexico, at the University of Brasilia, the Instituto Rio Branco, Berkeley, Stanford and the University of Chicago. He is at present the Consul General of Brazil in Madrid (Spain), and his novels have been translated into several languages.

At Pontas, we have also been amazed by the striking debut novel by Carlos de Brito e Mello, A passagem tensa dos corpos - The Tense Passing of Corpses (Companhia das Letras, 2009). He was awarded the Minas Gerais State Government Prize for Literature for the project that gave rise to this novel and was finalist of the São Paulo of Literature Prize (Debut Novel), the Jabuti Prize and the Portugal Telecom Prize in 2010.The narrator of this novel, roaming between towns in the state of Minas Gerais, keeps a record of deaths as he –we do not know whether dead or ghost– wages an indefatigable battle to reacquire human form. Recounting the tense passing of the deceased gives him encouragement. However, as his work nears its end, the narrator stumbles upon an unexpected scene: a family keeps a corpse, unburied and unmourned, tied to a chair at the dinner table. They go about their business as if nothing has happened, which fills the narrator with horror. Carlos de Brito e Mello was born in Belo Horizonte in 1974. Holder of a master’s degree in social communication, he is a university lecturer and researcher. He is the author of the collection of short stories and is currently writing his second novel.

Meanwhile, Carola Saavedra is present at many interesting literary events in Brazil talking about her three novels and meanly about the last one, Dromedary with Landscape (Companhia das Letras, 2010). She will also attend the next Frankfurt Book Fair in a Brazilian literary meeting during the fair "Weltempfang" section (Hall 5.0 D 963, October 15th at 15.45 h and in Berlin in the Brazilian Embassy on October 18th .

Last but not least, this fall we are also happy to present the new novel by the awarded author Tatiana Salem Levy  , Dois Rios, to be published next October 2011 by Record in Brazil, after the success of her first novel The Key of Smyrna , published in several languages.This time the story is set between Rio de Janeiro, Dois Rios (a deserted prison in the fascinating Ilha Grande island and Corsica. This is the story of two twins, Joana and Antônio, at the same time attached and confronted by their past. The double structure of this novel and the presence of two narrators in first person are the strongest points of Dois Rios, along with the always beautiful and delicate writing of Tatiana Salem Levy.

The Brazilian government is investing more than ever in translation grants: www.bn.br/translationgrant - e-mail: translation@bn.br or cgll@bn.br