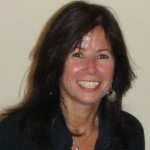 Just a few days before finishing the year, the activity selling translation rights at the Pontas Agency continues!

Fiona Capp (Melbourne, 1963) is one of the most awarded Australian authors. Her second novel, Last of the Sane Days, was shortlisted for the Age Fiction Book of the Year and was nominated in Australia for the IMPAC Dublin Literary Award. Musk & Byrn is her most recent title, a tumultuous and enthralling novel set in the 19th century Victorian goldfields, featuring passions, obsession and a headstrong heroine determined on a creative life. On behalf of Jacinta di Mase Management, we have concluded the sale of German rights with Blanvalet/Limes (Random House) and we are in final negotiations for Dutch rights with De Fontein. The novel has already been published in English by Allen & Unwin and in French by Actes Sud.

Kajsa Ingemarsson(Stockholm, 1965) is one of Sweden’s best selling novelists. She writes easy-to-read stories where the characters experience things from which they learn and grow. By doing this, her style resembles the writing of Swedish Marianne Fredriksson and French Anna Gavalda. On behalf of the Grand Agency, we have sold translation rights of her novel Yesterday’s News to Mondadori (Italian) and of Simply Wateralso to Mondadori (Italian) and RBA (Spanish).

Gunnar Staalesen (Bergen, 1947) is the acclaimed Norwegian author of the Varg Veum series, successful crime fiction following the adventures of a private eye. Varg Veum maked his debut in 1977 and today the series counts 14 volumes. Staalesen’s idea of using Philip Marlowe as a role model and adding his own social criticism set in the historical Norwegian city of Bergen, under the Nordic light, worked well. On behalf of Gyldendal Agency in Norway, we have sold Spanish rights of Consorts of Death to Alba Editorial. This novel has already been published in English (Arcadia), Danish (Vindrose), Russian (Inostranska) and Polish (Slowo Obraz).