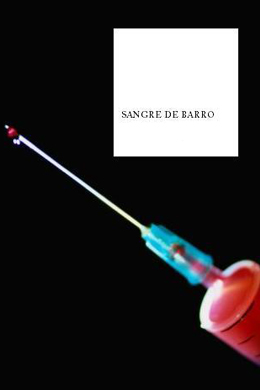 One of the main goals of Pontas Agency is to suggest good content, good novels or good “literary properties”, as they are also called, to as many film producers as possible. And to be a witness of the fascinating process of the adaptation that will bring a novel to the screen. As the Cannes Film Festival and Market 2013 starts, there are several literary properties by authors represented by Pontas that will maybe one day become a film for the big screen, a tv movie, a tv mini-series or a documentary film. Among them, we have high expectations for Still Blood (Sangre de barro) by Isabel Medina. This is a page-turning thriller about the mafia and the international networks behind the commerce of performance enhancing drugs and blood doping among elite athletes. It is set in Switzerland, Ireland, South Korea and New York.

Several producers and also directors (mainly French) are reading and considering The Difficult Art to Remain Seated on a Seesaw (L’art difficile de rester assise sur une balançoire) by Emmanuelle Urien. It is an intelligent, feminine and highly original novel about a French mother of three, Pauline, who has to deal with three painful facts: a) her husband has cheated on her b) he has cheated on her with her best friend c) on the day that she finds out, her best friend (and husband’s lover) dies unexpectedly.

It seems that finally there is a growing interest in novels and films dealing with Palestine. And we are glad to have the opportunity to pitch two novels picturing Palestine’s past and present. Film rights of the international bestselling and acclaimed novel Mornings in Jenin by Susan Abulhawa are available again. We are still in shock after the passing of Tim Smythe, producer of FilmWorks Dubai who had acquired an option; we will never forget his passion for this project and, as a tribute to him, we look forward to find another producer who can match his enthusiasm and make the great film this novel has inside.

The Almond Tree by Michelle Cohen Corasanti is a very different novel which also deals with the history of Palestine and that also has a big film potential.

Meanwhile, we have started negotiations for the film rights (most probably starting with an adaptation into a tv series) of four novels by Indian author Mainak Dhar (Alice in Deadland, Through the Killing Glass, Off with Their Heads, Hunting the Snark) with a very good producer based in New York. We hope to be able to announce the agreement very soon! Based in Singapur, Mainak Dhar began to use Amazon to reach international readers through his e-books and became one of the leading independent authors in the world with more than 100,000 books sold in his first yea r. Mainak Dhar tops Amazon charts as ‘The Most Popular Author' in the Horror Genre in India. Watch a booktrailer here.

German production company Eclipse Films has renewed the option for The Violin of Auschwitz by Catalan author Maria Àngels Anglada.

And Nadcon, the joint venture of German producer Peter Nadermann and Constantin Film, is developingThe Invisible Guardian by Dolores Redondo. The name of the scriptwriter and director will be unveiled shortly! Having already sold over 100,000 copies in Spain in five months and translation rights into 19 languages, the expectations are high.

At Pontas we´ll continue our journey between books and films and across cultures and languages.