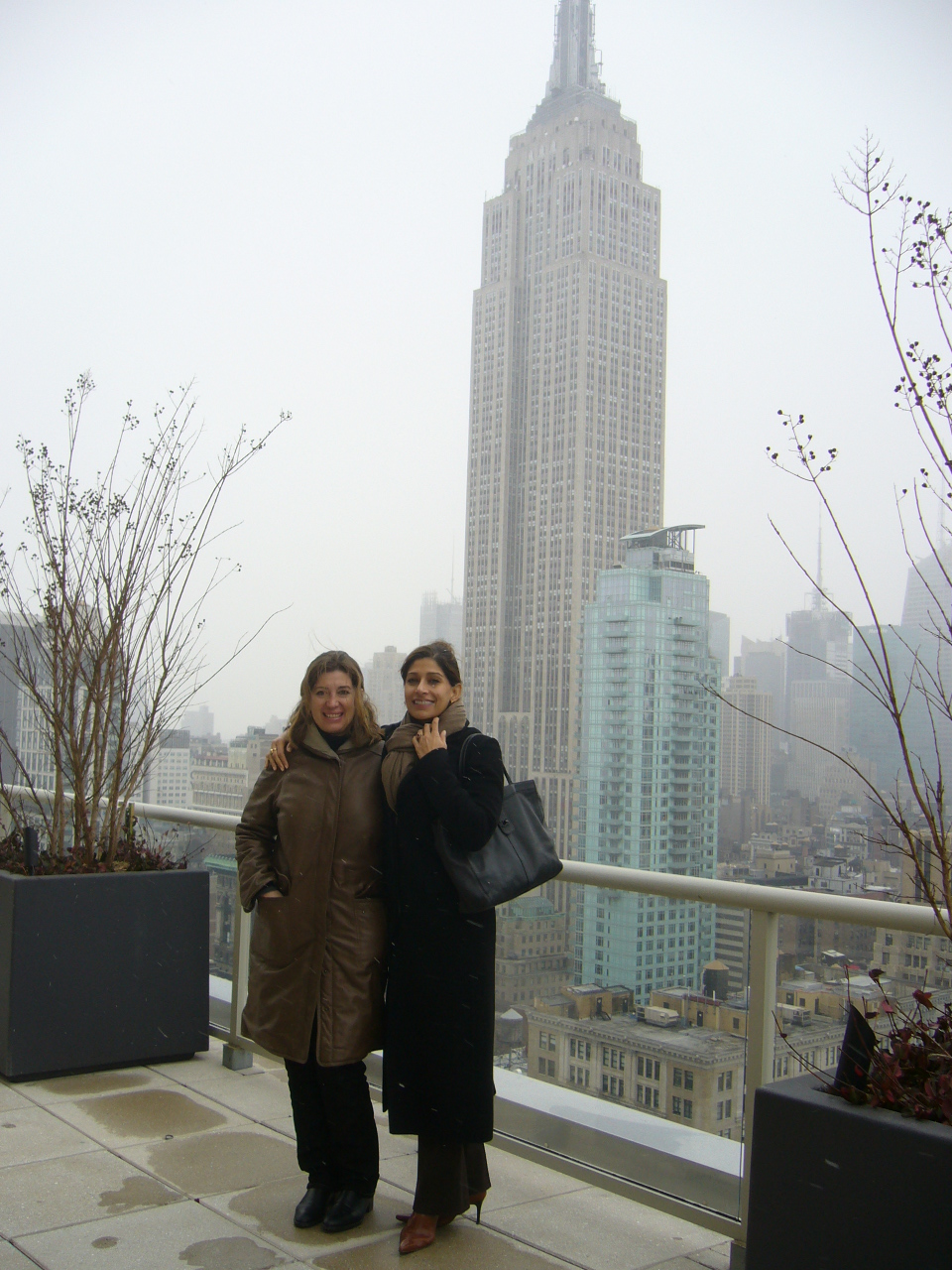 The whole Pontas team is back to work after a good break and the blog of Anna Soler-Pont goes on with news around Pontas !

For those who never heard of her: Maha Akhtar is a contributing editor for Departures Magazine and she is also a columnist for The Times of India. She worked for CBS News in New York for 15 years as Dan Rather’s Chief of Staff and collaborated with him on all of his public speeches and other writings and she now lives between New York, New Delhi and Seville. In addition, Maha is a professional flamenco dancer and, before that, she had been the assistant of The Cure... We are very happy to represent her internationally since some months ago and to be working for her first book, The Maharani's Hidden Granddaughter!!

Spanning three generations, much of the world and a century, The Maharani’s Hidden Granddaughter is a memoir of four remarkable women: Anita Delgado, a humble flamenco dancer from Málaga who, at the age of 17, married Jagatjit Singh, the Maharajah of Kapurthala; Laila, a beautiful woman from Beirut; Zahra, her daughter who made the tragic mistake of falling in love with Ajit Singh, the son of Anita Delgado with the Maharajah; and lastly, Maha, Zahra's daughter with Ajit, who discovered the Indian and Spanish side of her ancestry by accident when she was 41, and left a successful career at CBS News in New York to become an acclaimed flamenco dancer, bringing to full circle a story that takes the reader from Spain to Lebanon, to India and the United States and back to Spain again, one hundred years later.

I started the new year 2009 in New York and I had the chance to introduce Maha Akhtar to her Spanish publisher, Blanca Rosa Roca, director of Roca Editorial. The book will be published in Spain first, as it was Maha’s dream, next May 2009 with a huge promotion and a first print run of 20,000 copies. Since the book is originally written in English, we are now waiting for offers from American and/or British publishers and hopefully we’ll be closing a deal with a German publishing house soon...  Below, three pictures of Blanca Rosa (left) and Maha (right) at the roof of Roca Editorial’s new office in Manhattan, and it was snowing!

Meanwhile, in the other side of the world, in Palestine, things were not at all alright.  Susan Abulhawa, Palestinian author we represent internationally, has just sent us the following article, not yet published in any newspaper... We thought that while some are still thinking whether to publish it or not, we could spread it from here:

How can anyone watching Gaza burn escape the bitter realization that history repeats itself?  Many have compared Israel ’s treatment of Palestinians to Apartheid South Africa .  But not in their cruelest hour did the Apartheid regime wreak such wanton murder and destruction.  Let us stop mincing words.  What is happening to Palestinians now whispers of Warsaw and Lodz .

Schools, universities, mosques, police stations, homes, water treatment plants, factories, and anything that supports civil society, including the only mental health clinic in Gaza , have been blown to rubble from planes that rain death from clear skies without any resistance, because Palestinians have no opposing air force.  Nor do they have an army or navy.  No mechanized armor or heavy weaponry.  Thanks to Israel , they haven’t even had continuous electricity or fuel for the past two years.  Or food and medicine.  Israel ’s siege and blockade of Gaza has prevented the movement of people and goods in and out of Gaza , including the import of the most basic goods necessary for survival.

A recent study by the Red Cross showed that 46 percent of Gazan children suffer from anemia.  Malnutrition affects 75 percent of Gaza ’s population, half of whom are under the age of 17.  There has been widespread deafness among children due to Israel ’s intentional and frequent sonic booms from low overflights. An alarming number have stunted growth and serious mental disorders due lack of food.  The only way they have been able to survive thus far has been due to the tunnels that smuggle food and goods from Egypt .

Half of Gazan children under 12 have lost their “will to live.”  Can anyone fathom the kind of oppression that leads small children en mass to lose their will to live?

This is what Israel has done to Gaza over the past two years.  They ghettoized Gaza and turned it into an open air prison – a concentration camp of civilians with no way to earn a living, no way to defend themselves and no place to run from the slaughter bombarding them from air, land, and sea.  From the white phosphorous disemboweling young and old alike.  Hear eyewitness accounts

But Gazans dared to try to resist with pathetic homemade rockets that, until Israel ’s barbaric attack, generally landed in open desert.  The rockets were mostly symbolic of resistance, very much like the fighters in the Warsaw Ghetto uprising. But who would have called on a ceasefire there, in 1943, for “both parties” to “cease the violence”?  Who would have blamed the Ghetto fighters for their ultimate fate?  Who would say they had no right to resist?  No right to fight back?

Just as Nazis gave Jews only the right to die silently, Israel starves and besieges Palestinians, giving them only that same right.  Just as the Warsaw Ghetto was blown to rubble, Gaza is left to burn in an inferno, its hospitals bursting with the puss of death and unspeakable wounds.  The entire population of Gaza is terrorized and traumatized.  No one is spared the insecurity and fear.  Imagine, please, that you are a Gazan.

What have Palestinians done to deserve such a fate?  To be endlessly hunted like animals?  To have their homes demolished, their ancient history and heritage cast into forgotten space?  To languish in refugee camps and slums, while Jews from all corners of the earth flock to fill their confiscated homes and farms?  To be tortured, imprisoned, and denied in every conceivable way?

What have we done that leaders will not speak against this massive and cold aggression against our people?  With what logic do you call Palestinians terrorists when their streets flow with the blood of their own children?  When they have been stripped naked of possessions, dignity and hope?

Why?  Because they elected Hamas?  Hamas has held power for less than two years.  Yet, Palestinians have suffered this kind of slaughter for 61 years.  Whether now in Gaza, in 2002 in Jenin, in 1947 and 1948 in Deir Yasin, Balad el-Sha, Yehida, Tantura, and the list goes on.  Or 1982 in Sabra and Shatila.

But unlike Jews of Europe, Palestinians are killed slowly over decades.  Unlike Israel , Nazi Germany did not establish such an effective global propaganda machine that would demonize its victims and blame them for their own ghastly fate.  But most importantly, like the fighters of the Warsaw Ghetto, Palestinians do not march like mice to their death.  In six decades of enduring unspeakable oppression, their will has not been broken.  Now is no exception.

Israel , and the United States with its unconditional support, will only succeed in radicalizing a whole new generation of its victims. Of revving world hatred and resentment against this unholy duo.

Palestinians will not forget this, as they have not forgotten the past 60 years.  But what will you remember a week or a year or a decade from now, when a Gazan, who stood before the long rows of corpses and vowed vengeance, creates your 9-11?  When one of those few million children without a will to live straps on a belt that rips through your daily routine?  Will you remember what we did to them?   Susan abulhawa is the author of The Scar of David, www.scarofdavid.com