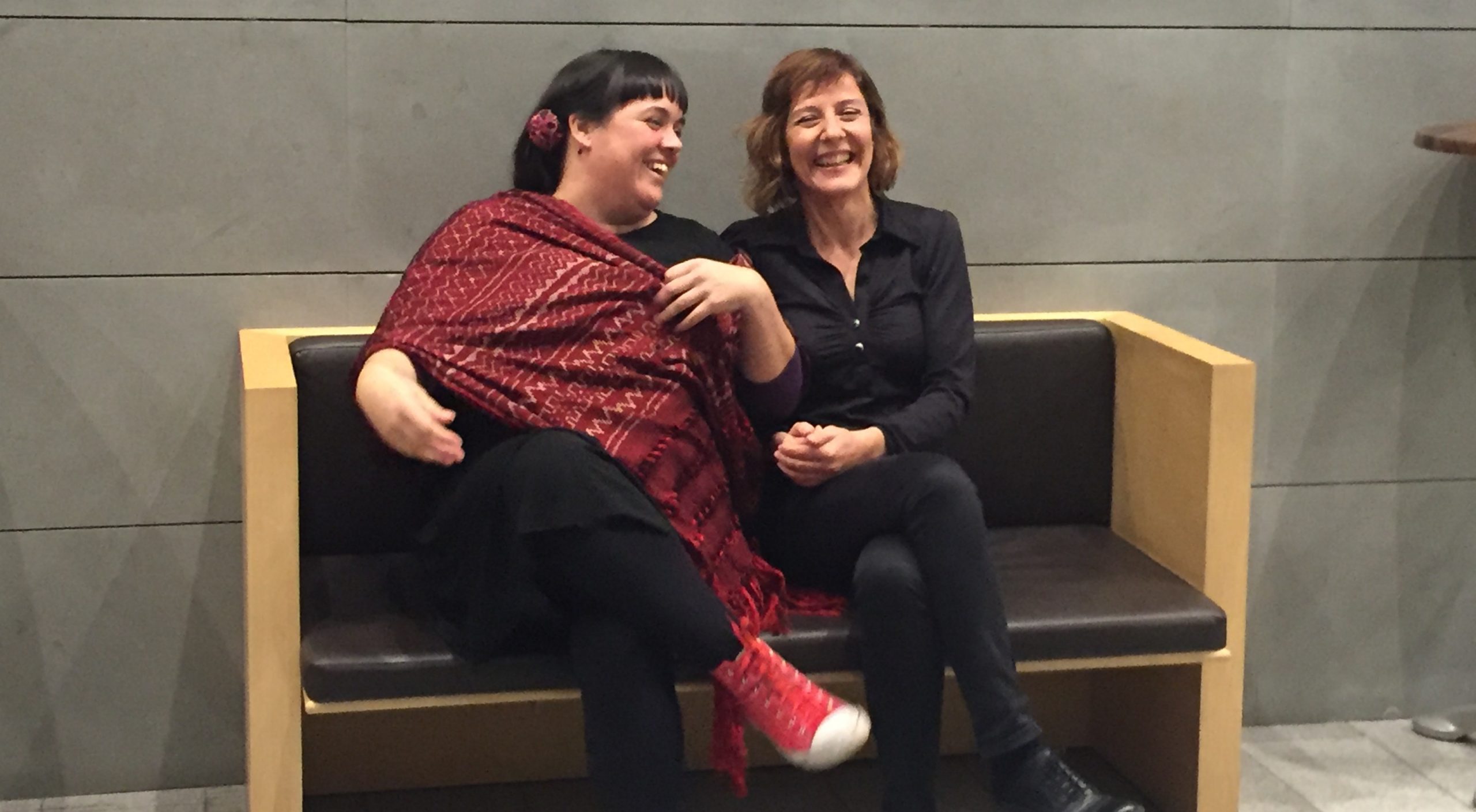 We’re very happy to announce that La ràbia (Rage), a brave novel about bullying by Pontas author Lolita Bosch, has won Catalan Literary Award Roc Boronat 2016, to be published in May 2016 by Ara Llibres. On March 17th Lolita Bosch received the award in Barcelona, which she dedicated to everyone who has ever been bullied, but especially to three of the teenagers she interviewed during her research, who accompanied her to the event.

The ceremony was highly emotional, as the novel itself. The jury awarded Lolita Bosch's work unanimously because Rage is more than a necessary testimonial. Rage is not a YA novel: it’s a novel for everyone. An important one told in first person. The account of many –way too many– bullied teens, from now and from 30 years ago. A novel everyone ought to read.

The author has created an intertwined story between her own experience of being bullied when she was a teenager, and the current experience of teenagers nowadays.  As Izaskun Arretxe (in the header photo), editorial director of Ara Llibres, said: «The topic on bullying is important on so many levels, but the quality of Lolita Bosch’s writing is as important and it’s what it makes this novel so good.»

The book starts as follows:

«My name is Lolita Bosch. I write. I am a journalist and an activist for peace. I like how I am living my own life. I am a mother. I am 45 years old. However, until now, I had never been brave enough to say publicly, and out loud, that when I was a teenager, between the age of 14 and 17, I was bullied. I had to look for other victims, almost 30 years later, to be able to talk about me. I’ve found many. They are everywhere. It seems that 6% of underage students are bullied in extreme ways. And a higher percentage are bullied in a severe and dangerous way –almost always in silence.

As hard as it is to believe, the truth is there are hundreds of teachers, directors and instructors in many schools that do nothing, say nothing and do not protect the victims. They not even look at them. Nowadays. Today. And 30 years ago, when I was one of those victims.

Read more about this award on the Spanish newspaper Eldiario.es here.

Lolita Bosch was born in Barcelona in 1970 and has lived in Albons (Baix Empordà), the United States, India, one year in Oaxaca (Mexico) and nine years in Mexico City. Since then, she considers Mexico her home. She writes both in Catalan and Spanish, and her work has been translated into English, French, German and Polish, among other languages. She’s been awarded several awards for her journalism work and her novels.