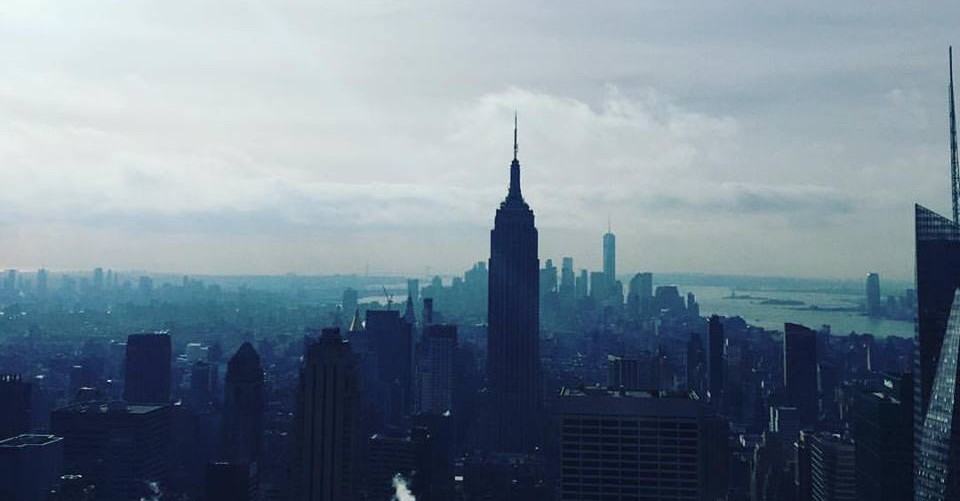 This 2016, several novels by authors represented by the Pontas Agency have been published or are about to be published in the United States (and distributed also in Canada). It's always fascinating to witness the process from sending a submission of a novel to an editor and then following up their interest; to selling them the rights, receiving the translation or the galleys, seeing the first proposals for covers, knowing the first print run and marketing plans… and finally having it entering into the North American market, not an easy one! But most interesting is to know who is behind every book.

The Invisible Guardian, the first title of the Baztan Trilogy by Dolores Redondo, has just been published by Atria/Simon & Schuster, and Johanna Castillo (above) is fighting for it from her desk on Manhattan's 6th Avenue. Not far from there, at Little Brown/Hachette, Judy Clain is preparing the launch of the paperback edition of The Fishermen by Chigozie Obioma.

This Too Shall Pass by Milena Busquets will be launched in June by Hogarth Press/Penguin Random House after the author travelled to New York and San Francisco for a pre-publication tour in February. The advance reading copies sent to journalists and booksellers have been very successful and Alexis Washam (above) is counting the weeks left to see this novel that she acquired on October 2014 finally reaching American readers.

While we were announcing that Federico Axat's thriller, The Last Way Out, reached the outstanding number of 29 translation rights sold just the same week the promotion began for its Spanish original language, Josh Kendall, at Mullholand Books/Hachette, finished the editing of the English translation and discovered what Hollywood producers are behind the film adaptation (something we're not yet allowed to announce until a scriptwriter and a director are attached to the project). The novel will be launched in the US in December, most probably with the title Kill The Next One.

Heart of Jazz by Sara Lövestam will be published in English under the title Wonderful Feels Like This by Flatiron Books/MacMillan and the publisher Amy Einhorn, who is always looking for “a story I have not read before”, in her own words, and who is happy with the already approved cover. The novel will be probably postponed for publication in February 2017… we'll have to wait a bit more! In the same Flatiron building, some publishers have this amazing view from their offices!

New York is always a crossroad, a place to have casual and improvised meetings: Dutch publisher Sander Knol (found with his brand new catalogue at the lobby of a publishing house building) was the first publisher to acquire translation rights of The Curse of the Palmisano by Rafel Nadal (now already sold into ten languages). While Ira Silverberg once again surprised us: the most unexpected flag was waiving in the wall of his office at Simon & Schuster (we need to find the right novel for him urgently!).

Besides the already mentioned, Jack Cheng's novel See you in the Cosmos, Carl Sagan will be published by the end of the year at Dial Books/Penguin  Random House; and Blanca Busquets's The House of Silence will see the light in English at Regan Arts in July.

The photos were taken by Anna Soler-Pont during her visit to New York in March 2016.