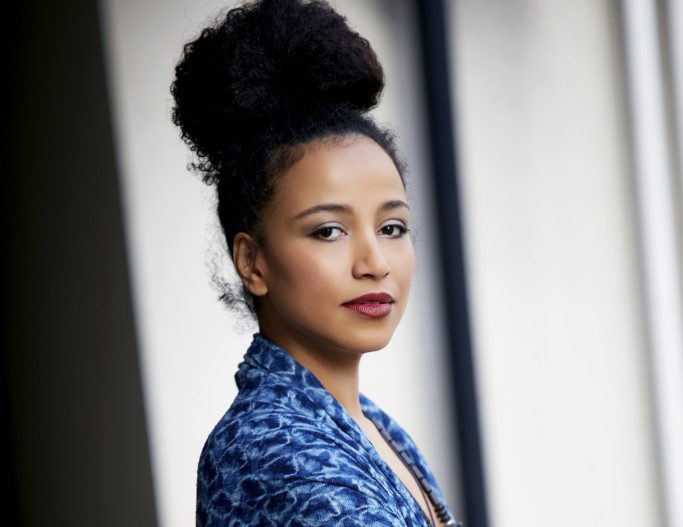 HarperCollins US and Zed Books have signed debut book by writer and speaker Minna Salami: Sensuous Knowledge: A Radical Black Feminist Approach for Everyone. Salami is the founder of the popular and influential feminist blog, MsAfropolitan, which connects feminism with contemporary culture from an Africa-centred perspective. Described as one of the key feminist voices of our times, Minna has been listed alongside Angelina Jolie, Michelle Obama and Emma Watson as one of ‘12 women changing the World by ELLE Magazine.

Rooted in Black feminism, Sensuous Knowledge is a multi-disciplinary exploration of the topics affecting individuals today – such as beauty, power, gender, globalisation, science and sexuality – offering a new way of negotiating the world that rebukes both the patriarchal and imperialist systems, and from which everyone, regardless of their identity, can benefit.

Tracy Sherrod, publisher at Amistad/HarperCollins comments: ‘Harper is the proud publisher of great women thinkers such as bell hooks and Roxane Gay. I'm excited to help bring Minna's fresh, global voice to the feminist discourse and to our list.’

‘At a time when our society is looking for answers everywhere but finding answers nowhere, Sensuous Knowledge offers a revolutionary way to approach the world, rooted in the ethos and politics of Black feminism, by which we can all become intellectually, emotionally, physically and spiritually wiser,’ Kim Walker comments.

‘I am absolutely thrilled that both are publishers of many of my foremost heroines. My book weaves together a number of disciplines such as personal narrative, feminist theory, pop culture, spirituality and African philosophy in order to encourage a new understanding of knowledge that is nevertheless rooted in historical truths.’ Minna Salami

Minna Salami also writes for the UK Guardian, and is a columnist for the Guardian Nigeria and the Huffington Post. Her work has also appeared in the Independent, Al Jazeera and the New Internationalist among many others. She frequently speaks at international events and platforms including TEDx, the Oxford Union, Yale University, UN Women as well as the BBC and Channel 4.