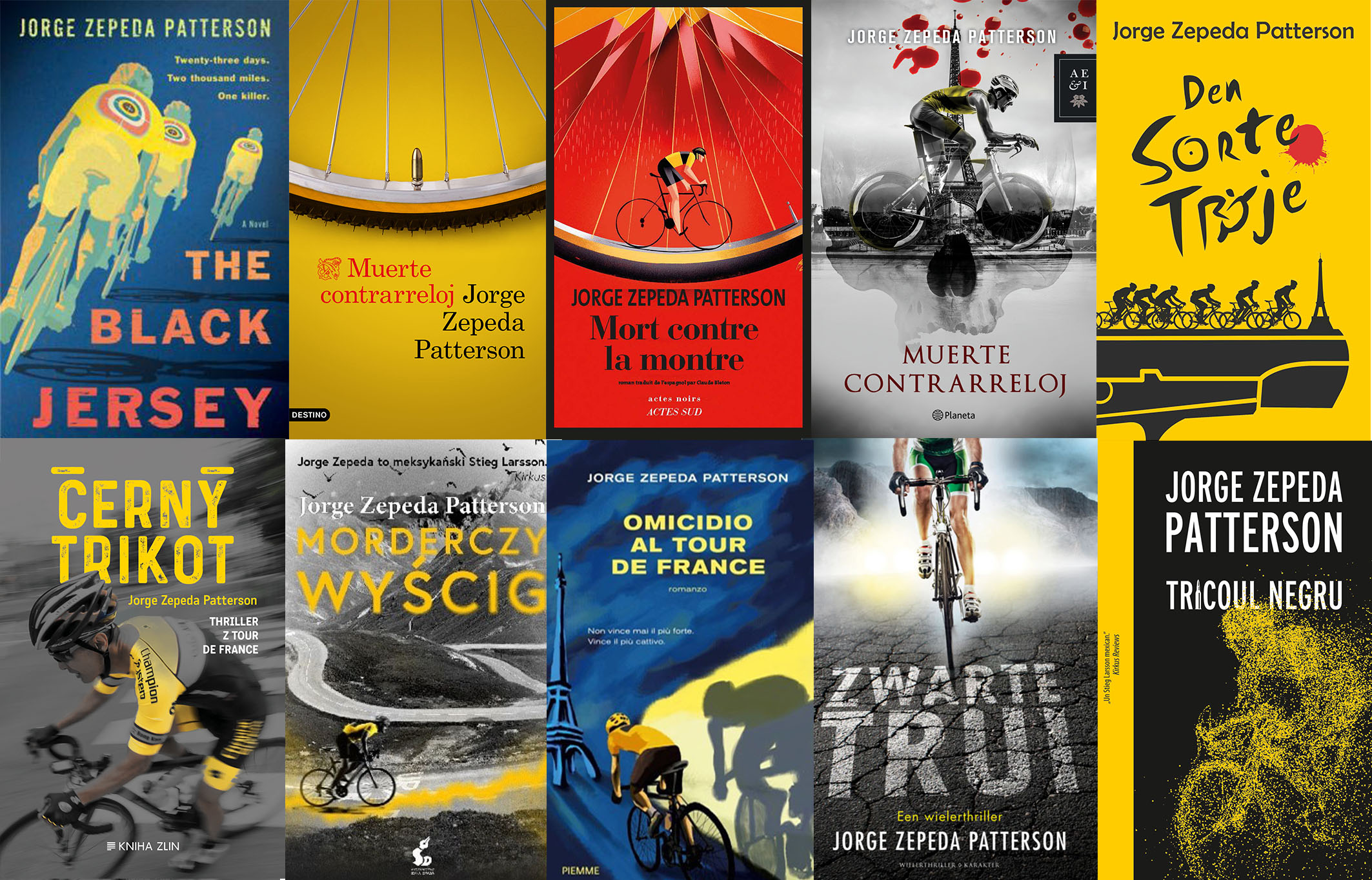 The international fast-paced cycling thriller Muerte contrarreloj (The Black Jersey) by Mexican writer and journalist Jorge Zepeda is now published in 13 languages, coinciding with the 2019 Tour de France this July.

For the first time in history, a Colombian cyclist, Egan Burnal, has been crowned the winner of the Tour de France race. It may seem like a coincidence that The Black Jersey’s main character is Marc Moreau, a member of the four-times winning Colombian team. This gripping whodunnit has been lauded with great appraisal since its first publication in 2018 with Planeta and Destino in Spanish worldwide, and it's now available in many languages, including English (Random House US), French (Actes Sud), Italian (Piemme), and many others.

An important Paris-based international production company has acquired TV rights and a French TV series adapting the novel is under development at the moment.

'Although the amateur bicyclists I know are generally nice people, the professionals depicted in this thriller about murder and mayhem at the Tour de France are anything but. . . . Does Patterson's shocker of a denouement inspire hope for the future of professional bike racing? Hardly.' Washington Post

'A brilliant and devious criminal turns the Tour de France into a life-or-death race. . . . Patterson offers complex character portraits, a dramatic depiction of the Tour de France, and a nifty whodunit.' Kirkus Reviews

‘This ability to satisfy multiple audiences while presenting something fresh makes The Black Jersey a definite winner.' New York Journal of Books