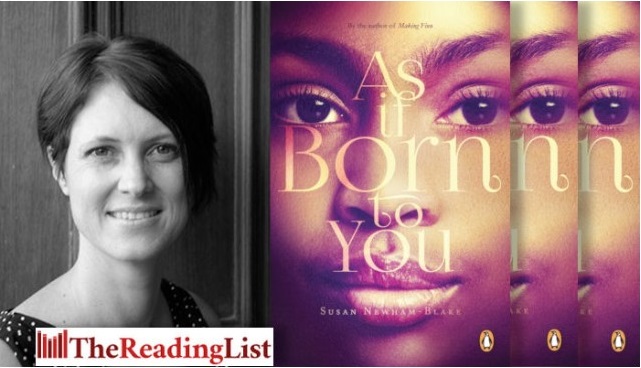 At the Pontas Agency we’re delighted to introduce a debut author from South Africa: Susan Newham-Blake. Her first novel ‘As if Born To You’ is coming out in July 2019 with Umuzi, the fiction imprint of Penguin Random House South Africa. French rights have already been snapped by Éditions Marabout.

When Anna Soler-Pont and Maria Cardona visited South Africa in September of 2018, they met Susan Newham-Blake in Cape Town. Susan was finishing her debut novel at the time, and we were all taken by the story as well as by Susan herself.

Born in Johannesburg, Susan Newham-Blake has lived and worked as a writer and editor in South Africa, England and Thailand where she has had numerous articles published in magazines. She currently works as a director of a content marketing agency in Cape Town. Her non-fiction novel Making Finn (Penguin SA) was published in 2013. She lives in Cape Town with her three children.

When 13-year-old Zuri begins cutting herself, psychologist Ana is called in to help. Is the troubled girl trying to relieve the tension of being black in a predominantly white private school? How healthy is Zuri’s relationship with Helen, the white single mom who adopted her? And what happened to Zuri’s biological mother?

Reckless, alcoholic Ana must piece together the puzzles of both Helen and her daughter – while battling an old trauma of her own.

As if Born To You is a poignant and sensitive story about the complex bonds of family, race and mental health, that is also an heart wrenching reflection on South Africa today.