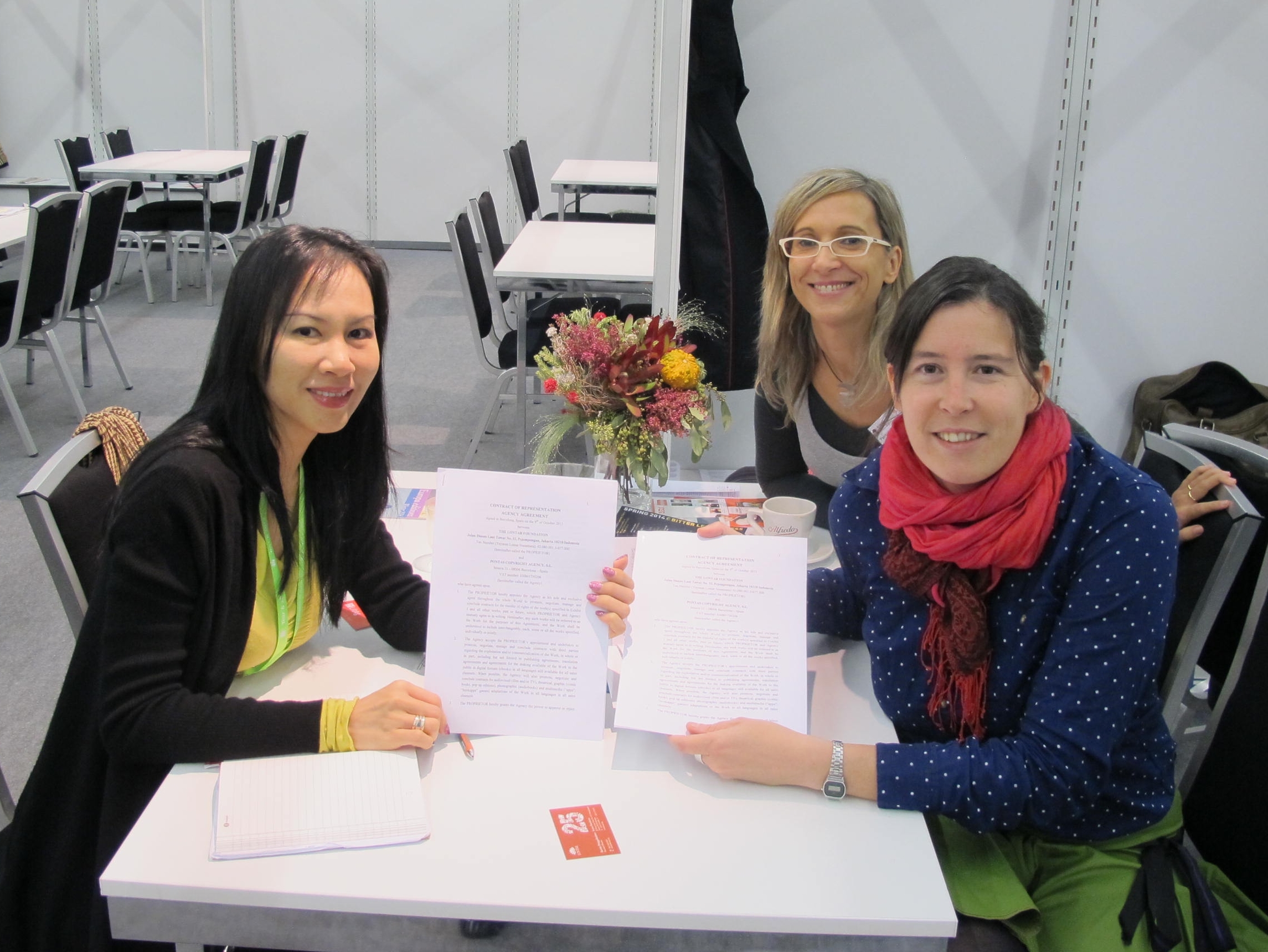 Pontas Literary & Film Agency and The Lontar Foundation signed a partnership deal at the Frankfurt Book Fair 2013 in order to work together for the international promotion of Indonesian literature, in preparation for the Frankfurt Book Fair 2015, when Indonesia will be Guest of Honour (in the photo below: Kestity Pringgoharjono, on behalf of The Lontar Foundation, with Marina Penalva and Patricia Sánchez from Pontas).

Anna Soler-Pont, director of Pontas Literary & Film Agency, said, "I am thrilled to be working with Lontar and their fantastic authors. Pontas has always had a special relationship with Indonesia and had the honor to be the international agent of the Nobel Prize candidate Pramoedya Ananta Toer up until his death in 2006. Under the stewardship of John McGlynn, Lontar has done an enormous amount of work to promote Indonesian literature around the world, making it available in English, and now it's time to make it known in other languages too. I had the privilege to work as Commissioner for the Catalan Culture Guest of Honor at Frankfurt 2007 and thus know the importance that such a program offers to writers. It is a golden opportunity to present the richness of Indonesian literature to the world and to make Indonesian voices heard in German and other languages as well. It’s a collaboration which I am extremely happy about both on a professional and a personal level." (in the photo below: Anna Soler-Pont and Pramoedya Ananta Toer at his house in Djakarta back in 2001. Twelve years later, this is a historical picture in our archives!).

The first title currently ready for submission is the novel Home (Pulang) by writer and journalist Leila S. Chudori. A Djakarta-based author, she has released several collections of short stories, a novel, and numerous television and film scripts. She joined Tempo news magazine in 1989 and is now a senior editor at that magazine.