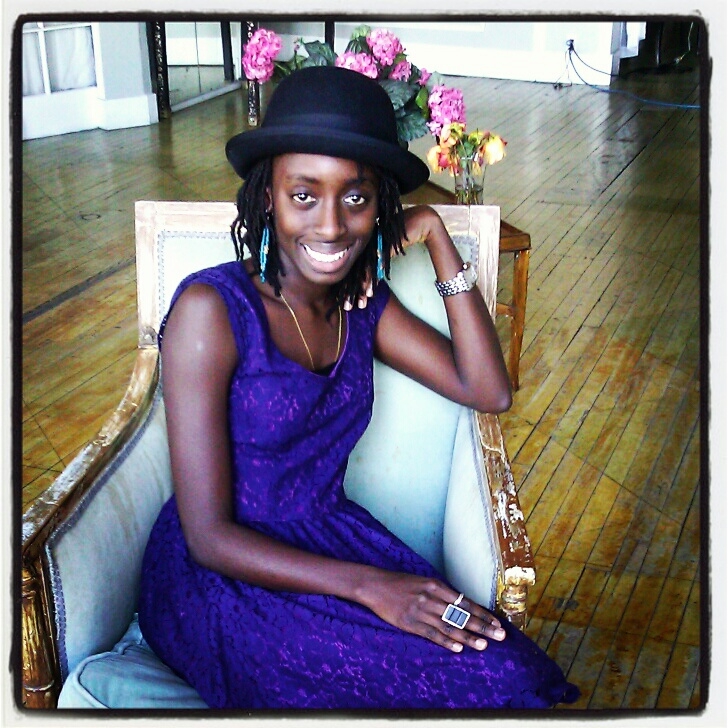 Ayesha Harruna Attah (another new Pontas Agency´s client) is a New York-based Ghanaian author, andSaturday´s Shadows is the title of her extremely exciting second novel (the first was Harmattan Rain, shortlisted for the Commonwealth Writers’ Prize in 2010).

According to Mohammed Nassehu-Ali (author of The Prophet of Zongo Street) Saturday´s Shadows shows “us how true Africans live in the 21st century” and is “a departure from the traditional method of depicting literary Africans as folks who always lived in the past.”

A thin film exists between sanity and madness, learn the protagonists of Saturday’s Shadows, as they try to find and hold on to love in the volatile world of 1990s West Africa. After a 17-year military dictatorship, the members of the middle class Avoka family lurch towards destruction as their country is trying to find its footing. The father, Theo, is recruited to write the memoirs of the dictator-turned-president whom he both loathes and reveres. Zahra, matriarch of the Avoka household, rekindles an affair with an old lover and barely keeps her family and sanity together. Theo and Zahra’s son Kojo has just started the boarding school of his dreams but finds out sometimes dreams should remain dreams. Their help, Atsu, a recent transplant from the village, struggles to understand big city living with all its temptations—money, men, and lust—and a family in which the mother doesn’t possess a single domestic bone. The climate they live in is politically complex, a time so tenuous the country could easily dip back into its military past.

This multi-voiced novel not only paints a picture of these tumultuous changes, but also shows that tenderness can persist even when everything else is being rent apart.

Influenced by Naguib Mahfouz’s Palace Walk and William Faulkner’s As I Lay Dying, Saturday’s Shadowsallows its four characters to narrate how they will do almost anything to find themselves.

Born to two Ghanaian journalists, Ayesha Harruna Attah grew up in Accra. At age 17, she moved to Massachusetts (USA) and studied Biochemistry at Mount Holyoke College and she then went on to pursue an MS in Journalism from Columbia University. In 2009, with a fellowship from Per Ankh Publishers and TrustAfrica, she published her first novel, Harmattan Rain. A novel about three generations of women in post-colonial Ghana, Harmattan Rain was shortlisted for the Commonwealth Writers’ Prize, Best First Book in 2010. Ayesha’s short stories have appeared in Asymptote, the African Roar 2010 anthology, Imagine Africa, and the Caine Prize Writers’ 2009 anthology. Her writing has also been published by Yachting Magazine, Design233,The African Magazine, and Face2FaceAfrica Magazine. In 2011, she received an MFA in Creative Writing at New York University.

Her new novel, Saturday’s Shadows, was also shortlisted for the Kwani Manuscript Project, a one-off literary prize for African writers. Ayesha shuttles back and forth between Accra and Brooklyn. Saturday’s Shadowswas loosely inspired by her mother falling ill when she was 12, and by her ceaseless nostalgia for the 90s.