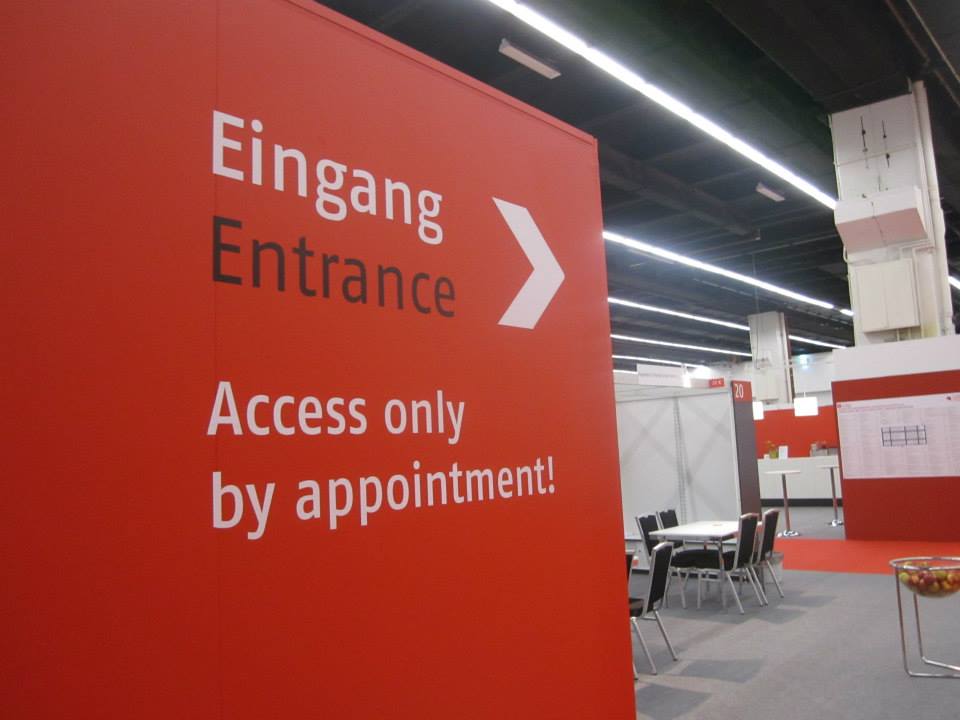 For the 22nd time in a row, the Pontas Agency was present at the Frankfurt Book Fair, this 2013 running from October 9th to 13th. Anna Soler-Pont, Marina Penalva and Patricia Sánchez were there and they had as many meetings as they could with publishers, scouts and film producers, from Monday to Saturday, between the two Pontas tables at the Agent´s Center inside the fair, the main hotels and several parties.

We´re glad to announce that Pontas signed a partnership deal with The Lontar Foundation to work together for the international promotion of Indonesian literature, in preparation for the Frankfurt Book Fair 2015, when Indonesia will be the Guest of Honour. The deal will see Pontas act as an exclusive agent for The Lontar Foundation’s titles outside Indonesia (in all languages except English), starting with the exciting novel Home (Pulang) by writer and journalist Leila S. Chudori. In the photo below left: Kestity Pringgoharjono, signing the agreement on behalf of The Lontar Foundation, and Marina Penalva signing on behalf of the Pontas Agency. In the photo below right: Jane Southern and Mary Anne Thompson, two scouts we really like working with!

Olivier Truc, whose multi-awarded novel Le dernier lapon, published in the original French by Éditions Métailié, is now being translated into many languages and the film adaptation is currently in development, had the unique chance to celebrate his success one evening in Frankfurt with most of his international publishers and part of the teams from the two agencies representing him: the Hedlund Agency and the Pontas Agency. In the other photo, a typical meeting-lunch at the fair: Patricia Sánchez (left) with Isabel Vitorino (Hachette´s editor).

On the Thursday’s printed Publishing Perspectives it appeared an article by Daniel Kalder on creative synergies, explaining how a literary agent can become a film producer after the recently created new company Pontas Films. Anna Soler-Pont was invited to explain more details about it on the Publishing Perspectives stage in Hall 8, interviewed by Edward Nawotka in front of a crowd. Anna was also part of the exhibition “United Nations of Publishing”: hundred portraits of professionals of the industry coming from the five continents to the book fair this year. We won´t miss next!