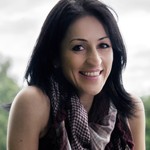 At Pontas we are glad to announce that Filmworks Dubai have acquired film rights for Mornings in Jenin, the international bestseller by Susan Abulhawa. Originally published in English by Bloomsbury the novel has already been published in translation in more than 20 countries and is a real phenomenon in Norway and Italy, among many other territories.

Tim Smythe and Rami Yasin are attached as producers and will be leading the project's development with plans to go into production in the latter part of 2013. Filmworks Dubai are known for producing City of Life and Djinn (here below a photo on set) as well as being the production partners on major Hollywood features like Syriana, The Kingdom and most recently Mission Impossible 4 .

What the novel is about: Palestine, 1948. The Abulheja family are forcibly removed from their ancestral home in Ein Hod and sent to live in a refugee camp in Jenin. Through Amal, the bright granddaughter of the patriarch, we witness the stories of her brothers: one, a stolen boy who becomes an Israeli soldier; the other who will be sacrificing everything for the Palestinian cause. Amal’s own dramatic story threads its way through six decades of Israeli–Palestinian tension: it is one of love and loss, of childhood, marriage and parenthood, and finally the need to share history with her daughter, to preserve the greatest love she has.