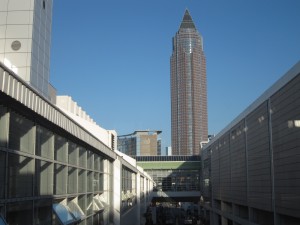 The number of films and TV series produced internationally adapting books is over  25% and this percentage continues to grow. No other event can connect producers to the publishing industry and the content for films as the Frankfurt Book Fair, being the world's largest trade event for books, based on the number of publishing companies and literary agencies represented.

This is why the Frankfurt Book Fair wants to encourage producers from all over the world to meet with film rights holders of adaptable books next October 2011 at the “Content for Films” programme. The event will take place on October 12th and 13th, the first two days of this year's book fair, within the framework of theFrankfurt StoryDrive, which brings together representatives from the entire media and entertainment world. Conferences, study cases, speed-matching meetings and networking dinners will be organised for producers attending.