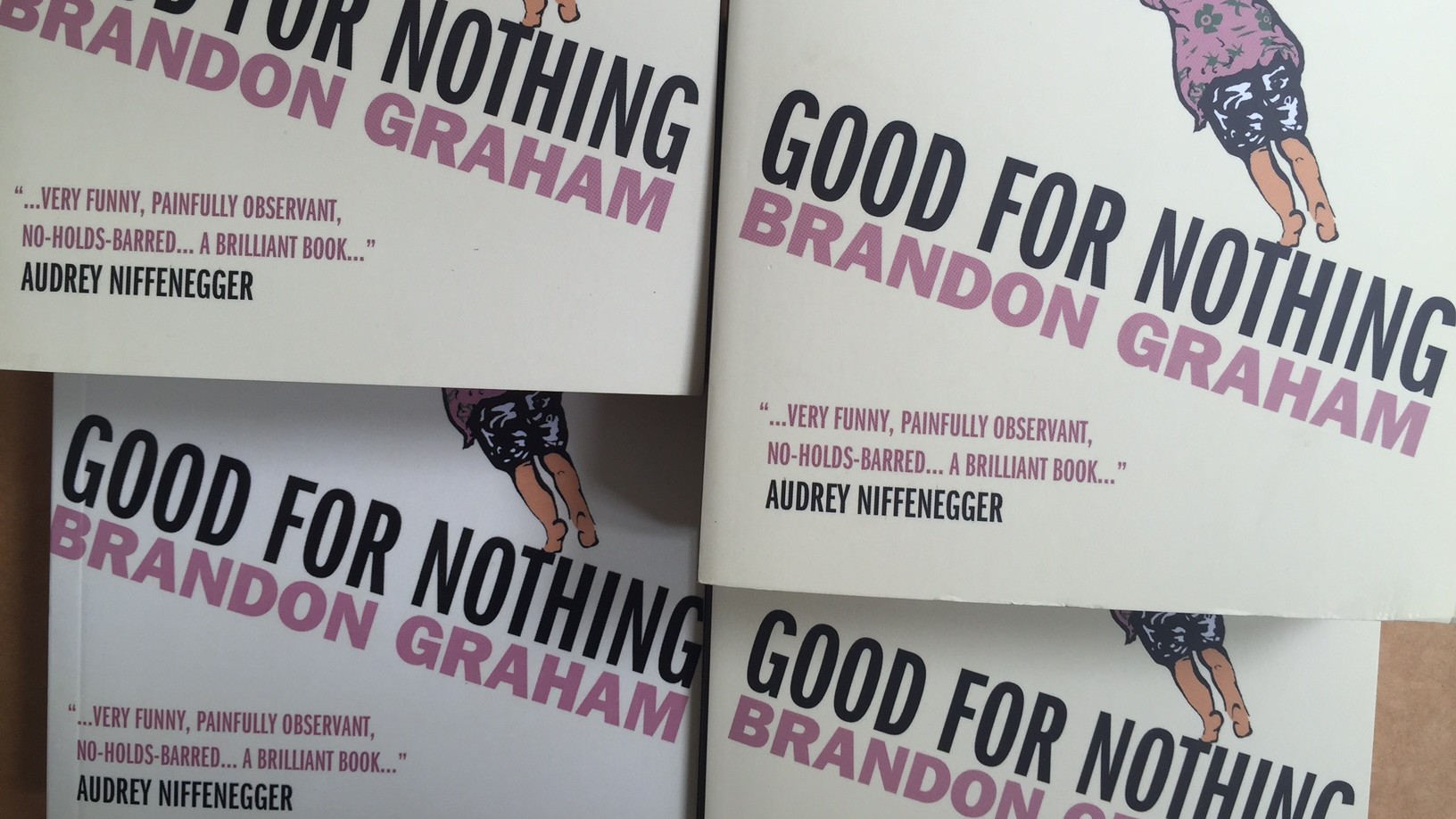 Good For Nothing is Brandon Graham’s debut novel and was published in the UK & Ireland by Skyscraper in 2014. At the Pontas Agency we’re very happy to announce that this witty exploration of the “North American male” is now being developed to become a feature film, as it has been optioned by British producer Michael Walker at Hallelujah Productions (and who is also currently writing the screenplay adapting “this book which I am passionate about”, in his own words).

The story follows the episodic escapades of Flip Mellis, an unemployed, newly obese and suicidal family man, who is reaching the apex of a middle-age tantrum. Exacerbated by plentiful personal flaws, including a self-fulfilling fatalism, and coinciding with a national economic crisis, Flip’s good intentions are tainted by his poor life skills and questionable rationalizations.

Audrey Niffenegger, author of The Time Traveller’s Wife, said «Brandon Graham is a painfully observant, no-holds-barred American writer», while Stephen Fry tweeted a while ago: «Enchanted by Good For Nothing: overlooked.»

We’re also delighted to announce that Brandon Graham’s second novel, Missing People, has been acquired in English for the United States and Canada by Benjamin LeRoy at Tyrus Books, to be published in 2017. All other rights are available.

Missing People is an intense domestic drama, filled with acutely observed, damaged characters, and is framed as a resonant thriller. It explores the contemporary American family. It is rich with insights into what makes men and women tick, issues of identity and memory, longing and loss, and the role of the individual as part of a family. It forces the reader to take a serious look at the stories we tell ourselves, and others, about who we are and what we need to be whole.

Brandon Graham has lived in eight states of the United States and four different countries, receiving three university degrees. He studied in Budapest (Hungary) and Dijon (France). He eventually settled near Chicago where he studied visual and written narrative at Columbia College Center for Book and Paper Arts, graduating with his MFA in 2008.