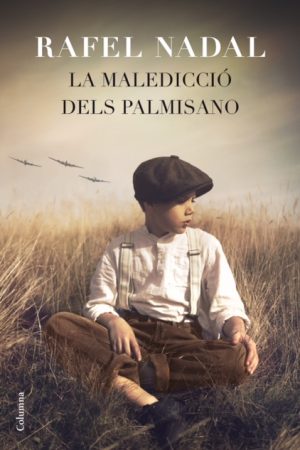 The Last Son's Secret (The Curse of the Palmisano)

In a small village in Puglia at the end of WWI, two women decide to change the destiny of newly born Vitantonio Palmisano. The twenty-first of a line of Palmisano men who died at war, Vitantonio is switched at birth and raised as the twin brother of Giovanna Convertini, born on the same day as him into a much more distinguished family. As the south of Italy slowly recovers from the war the twins become closer, never knowing that they are not biological brother and sister. Their political and sentimental education takes place amidst summers in the countryside and winters at school in Bari, until WWII erupts and interrupts everybody’s lives. Vitantonio goes into hiding as he promised his mother that he would never go to war. Giovanna leaves for Spain and France to fight against fascism. When Mussolini is rumored to have fallen and the war is almost over, Giovanna goes to Bari in search of her brother and the real love of her life, arriving just as the Germans are bombing an Allied ship full of mustard gas. Giovanna is pregnant and Vitantonio Convertini is the last Palmisano.

The Curse of the Palmisano is an unforgettable saga of two families caught between two terrible wars, and of a man fighting against his destiny. It is also the story of friendship and an impossible love affair between two people who believe that they are brother and sister. Rural life in Puglia is described with such accuracy, warmth and passion that one would never imagine this novel was not written by an Italian author.

“I know that you once dreamed of having a novel like this one in your hands. So did I. A powerful and luminous novel that keeps you alert and makes you feel joyful, joyful to be reading it, no matter the fate of the characters. The main protagonists are alive, well drawn, men and women with whom the reader suffers, and celebrates. Some of the secondary characters are unforgettable (what a doctor, and what a farmer!). The historical context is incandescent: Europe between wars. The landscape is attractive and rebellious: the Italian Puglia. And the writing unfolds like a show, making itself invisible when the rhythm rises and sensual when the meandering requires it. This is going to be one of the big books of the year in Catalan and Spanish, don’t dare to miss it. You will discover a novelist that will soon be much talked-about.”  Emili Rosales, editorial director of Destino and Grup62 and editor of Carlos Ruiz-Zafón