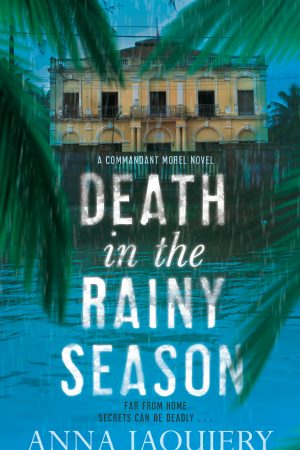 Death In The Rainy Season

Phnom Penh, Cambodia; the rainy season. When a French man, Hugo Quercy, is found brutally murdered, Commandant Serge Morel finds his holiday drawn to an abrupt halt. Quercy - dynamic, well-connected - was the magnetic head of a humanitarian organization which looked after the area's neglected youth.

Opening his investigation, the Parisian detective soon finds himself buried in one of his most challenging cases yet. Morel must navigate this complex and politically sensitive crime in a country with few forensic resources, and armed with little more than a series of perplexing questions: what was Quercy doing in a hotel room under a false name? What is the significance of his recent investigations into land grabs in the area? And who could have broken into his home the night of the murder?

Becoming increasingly drawn into Quercy's circle of family and friends - his adoring widow, his devoted friends and bereft colleagues - Commandant Morel will soon discover that in this lush land of great beauty and immense darkness, nothing is quite as it seems . . .
A deeply atmospheric crime novel that bristles with truth and deception, secrets and lies: Death in the Rainy Season is a compelling mystery that unravels an exquisitely wrought human tragedy.

"The second of Jaquiery’s novels featuring the wily Parisian detective Commandant Serge Morel, but this time set in Cambodia rather than Morel’s native France, this is even more compelling than her impressive debut, The Lying Down Room." The Daily Mail

"This is a neat and conventional murder mystery, rendered fascinating by its vivid description of life in contemporary Phnom Penh." Literary Review