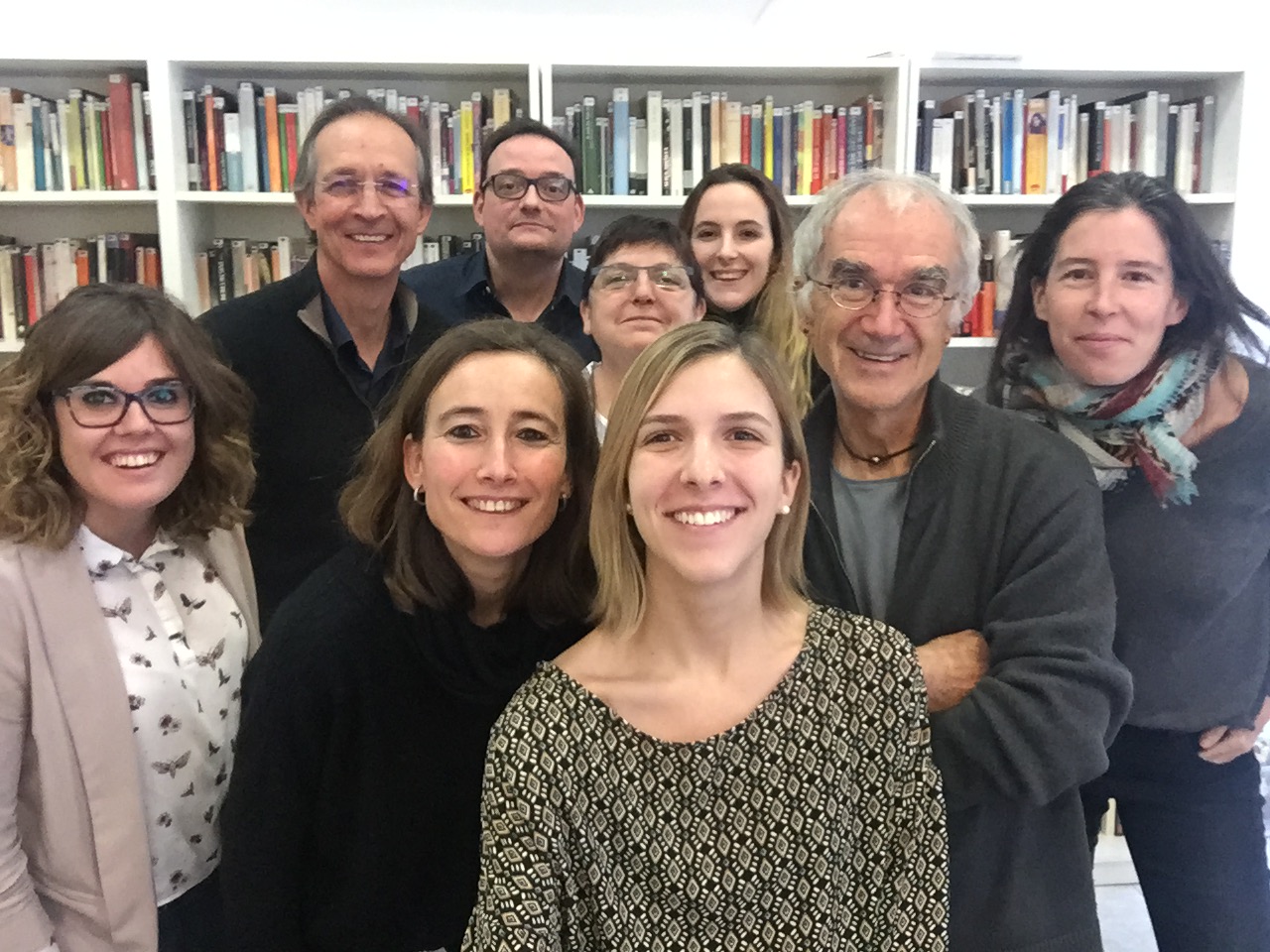 Here we are, beginning the 25th year of the Pontas Agency and wishing to celebrate that we are happily in business since 1992!

For those who may not know the story of how the Pontas Agency began, we're glad to remember that it was while Anna Soler-Pont was studying Arabic Language and Culture at the University of Barcelona, as well as working as a freelance copy-editor, proof-reader and translator, that she went to Cairo in October 1991 and met her hero of the time, Nobel of Literature Naguib Mahfouz. He introduced her to other writers, especially to several women authors published in Egypt, who asked her to take their novels to Europe and try to get them translated…

Back to Barcelona, Anna discovered literary agents existed, acting as the links between authors and publishers, and with the potential to be bridges between cultures too, and thus, in April 1992, at 24 years-old, she decided to print her first business card and try. She attended the Salon du Livre Euro-Arabe in Paris (May 1992), the International Feminist Book Fair in Amsterdam (June 1992) and began a long journey by car from Barcelona to New Delhi, crossing Turkey and Kurdistan, Iran and Pakistan, visiting publishers and writers all the way to India! She attended the Frankfurt Book Fair for the first time in October 1992, where, without any kind of appointment, she began to learn all about the rights business, attempting to sell the novels of unknown women writers from Africa and Asia.

Many things have happened since then. The longest journey, however, was to build up a totally international company outside the Anglophone world, based in Barcelona, with the aim to provide the best services and generate good profit to a rather short and selected list of authors. Technology arrived in 1995 and the use of the email and Internet helped to develop what seemed just a dream of a young traveler. In 2002, Ricard Domingo (who was next to Anna as her husband since the very beginning) joined Pontas as a partner and administrator; and in 2009, former French editor and translator Marc de Gouvenain joined Pontas as a partner too.

This 2017 we'll celebrate that the Pontas Agency is a dynamic and creative group of people based in its Barcelona office, representing authors living in the five continents (in 26 countries), writing in 11 different languages. Pontas attends more than ten events annually between book fairs, literary festivals and film markets. At some of them, such as the Frankfurt Book Fair, we have been present every year since 1992 with no exception.

You can read the entire 25 years chronology of the Pontas Agency here:
www.pontas-agency.com/history/

We look forward to continuing to build bridges between authors and publishers, between literature and cinema across continents, for many more years to come!