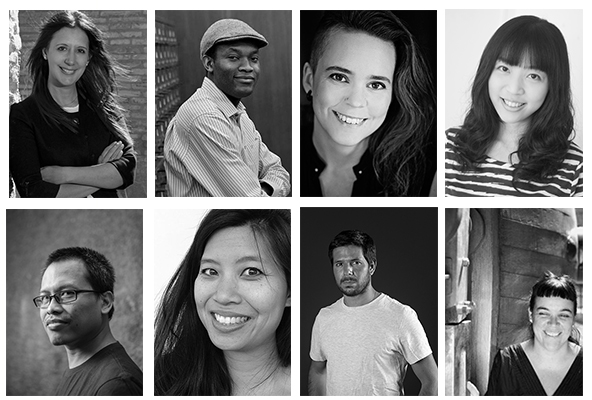 Another year comes to an end, and we couldn’t be prouder of the authors we represent, with many of them having been longlisted, shortlisted and winners of important awards all over the world. These awards are a recognition to the great talent of the authors that we work for. The Pontas Agency has been representing international literature since 1992 and today we represent authors living in the five continents (in 26 countries), writing in 11 different languages. We look forward to continuing to build bridges between authors and publishers, between literature and cinema across continents, for many more years to come!

Dolores Redondo was the 2016 winner of the Planeta Prize, the most important and biggest prize in the Spanish language for her standalone novel Todo esto te daré (All This I Will Give You).  An upmarket commercial thriller with a contemporary gripping family drama at the center, the rights have already been acquired by 14 publishing houses worldwide and hasn't left the 1st and 2nd place in the bestselling lists of Spain since it was first published in November 2016.

Fiston Mwanza Mujila was the first Francophone African writer to ever win the Etisalat Prize for Literature, with his debut novel Tram 83. A novel that has won many prizes since its publication in 2015, and  Tram 83 was also longlisted to the highly prestigious International Man Booker Prize 2016 —together with South-East Asia most celebrated novelist Eka Kurniawan, who was also FT Oppenheimer Emerging Voices Prize Winner of 2016.

Sara Lövestam keeps gathering awards to her succesful and gripping noir The Kouplan Series. The third installment of the seires, Luften ar fri (Air is Free), ended up as one of the three finalists of the Deckarackademin Award for Best Crime Novel of 2016, given by the Swedish Crime Writers Association. The first book in the series, Sanning med modifikation (Truth is a Personal Matter), won this award as Best Debut in 2015 and it’s now shorlisted in France to the Grand Prix des Lectrices of ELLE Magazine.

Renato Cisneros also was one the finalists to the Mario Vargas Llosa Award for his novel La distancia que nos separa (The Distance That Sets Us Apart), one of the most prestigious literary prizes in Spanish in terms of quality and prestige. In the picture below with the five finalists of the prize, he is the first on the left. Also, Lolita Bosch won the Roc Boronat Literary Award for her groundbreaking novel on teenage bullying La ràbia (Rage) (picture on the right).

Two authors are collecting prizes for their debut novels, which are going to be published either in 2017 or 2018. Clarissa Goenawan, whose novel Rainbirds will be published in early 2018, has won the Bath Novel Award (2015) and ended up as one of the three finalist of the First Novel Award in 2016.

On the other hand, Dark Chapter by Winnie M Li will be published in June 2017, and it has already been Highly Commended for the CWA Debut Dagger (2015) and Finalist of the SI Leeds Prize 2016!