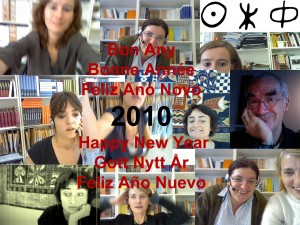 The Pontas team  is back to daily life and wishes you a wonderful new 2010.

We have recently sold Spanish rights of The Bishop’s Man by Linden MacIntyre, on behalf of Random House Canada, to Ediciones Urano. This is a brave novel about a sensitive topic: the sexual abuses perpetrated by Catholic priests on the innocent children in their care. The Bishop’s Man was the winner of the Giller Prize 2009, one of the most prestigious literary awards in Canada. Shortly after being published by Random House Canada it was sold to Jonathan Cape/Random House in the UK.

And we are happy to announce another nice deal for our Brazilian author Tatiana Salem Levy, since we have recently sold Italian rights of her novel The Key of Smyrna (whose original title was A Chave de Casa) to the independent publishing house Cavallo di Ferro. According to the Brazilian critics, Tatiana Salem Levy is outlined as one of the most promising voices of the Portuguese language contemporary literature and she was winner of the São Paulo Prize of Literature 2008 for the best debut novel. We have also sold Spanish rights to El Aleph and French rights to Buchet Chastel, as well as film rights to Circular o Desejo Filmes in Brazil.