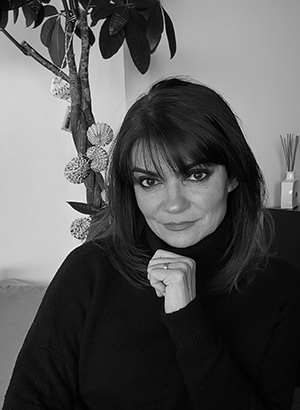 Véronica E. Llaca was born in Querétaro, Mexico, in 1967. She has worked as a journalist for many years, and she was awarded a scholarship in 2003 for her writing by the Fundación de Nuevo Periodismo Iberoamericano de García Márquez. Véronica’s short stories have been published in many publications. As well as this, she has also worked as a playwright and has been directing a creative writing course for ten years. Bodies For Rent, her debut novel, was published by Ediciones B. Véronica is the winner of the ninth edition of the Premio Nacional de Novela Negra Una vuelta de tuerca, for her book The Symmetry of Trees. She lives between Madrid and Querétaro.