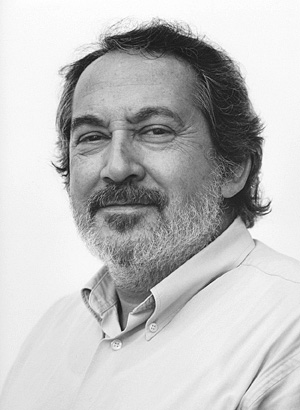 Antoni Dalmases (Sabadell, 1953) holds a degree in Spanish literature. He is also a Catalan literature teacher and writes quite often for the catalan newspapers El punt and Presència. He has written many stories and novels for children and teenagers as well as for adults. He has been awarded many literary prizes. His work The Last Spring (L’última primavera) won the October Narrative Prize in 1992. He wrote the essay on Pere Quart The poetic works by Pere Quart (L’obra poètica de Pere Quart) in 1980, and has also been awarded the Marià Vayreda Prize in 1991 for his collection of short stories The Endlessness of Parcs (La infinitud dels parcs) and the Sant Joan Narrative Prize in 1998.

On the teenage literature area, he has written works such as Silvestre Malasang, Restless Times (Temps regirats) and Double game (Doble Joc), winner of the Gran Angular Prize in 1993. Books such as Les cuques ballaruques and La sargantana Juliana are short stories for children and are intended to introduce the first readers on the many delights of reading. In 2006 he was the winner of the Premi Gran Angular for his young adult novel Me, the Unknown (Jo, el desconegut), published in Catalan by Cruïlla and in Spanish by Ediciones SM. Film rights of this novel were sold to Spanish producers Jet Films to shot a tv-movie, which was released in 2007.