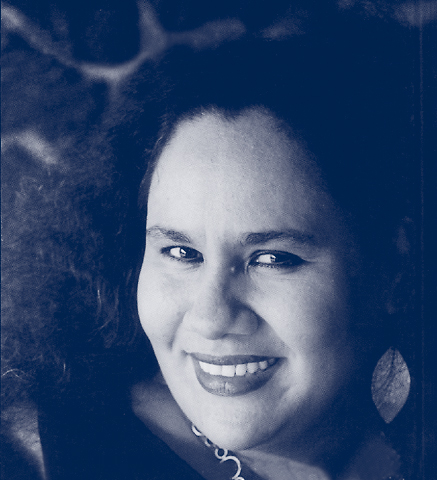 Good news from the Pacific: the play Where We Once Belonged, adapted by Dave Armstrong from the novel by Samoan author Sia Figiel and produced by the Auckland Theatre Company won the “Absolutely Positively Outstanding New New Zealand Play of the Year” at the 2008 Chapman Tripp Theatre Awards announced in Wellington on Saturday December 6th.

Sia Figiel sent a note to everyone and here are some of her words:

"I am just moved to tears that characters that I conceived of more than a decade ago--characters that I struggled with and gave me so much pain in their realization, have made their way onto the international stage and are impacting people the way I saw it on both opening nights in Wellington and Auckland. It shows the universality of the human experience, in all its dynamism. I am so so grateful to the outstanding talents of the actors that delivered the manuscript... Anapela Polotaivao, Robbie Magasiva, Joy Vaele, Kolleti Chadwick and the completely fabulous Pua Magasiva! I guess it's when you grow up with the characters, you know them...and they played them with such truth and sincerity that I found myself laughing and crying and laughing again...almost as a flashback to my own childhood...that's how powerful those actors were. To the directors, Dave and Colin...they did a fantastic job of choreographing the play and captured the rhythm of the novel. And of course to Dave Armstrong, whose attention to the novel must be credited for without him, we wouldn't have this cause for celebration. Malo Dave!!! Once more, on behalf of all Pacific peoples living in Aotearoa and in the Islands...this win is a bridge...a bridge of understanding between our peoples...yet, there is still so much that needs to be done...”

And Wednesday December 10th took place in Barcelona the 4th International Market of Audiovisual Rights (known as MIDA – www.catalanarts.cat/mida). A full day of meetings between agents and film producers. This market is growing and we really hope it will become completely international one day. Joachim De Nys and myself attended the market and met with as much producers as we could. Some we already knew and some new ones. Among many others, we had very interesting meetings with Zip Films, Notro Films, Film Finders, Filmax, Mallerich Films, Arcadia Motion Pictures... Now we have to send them the books and informations we discussed about and we´ll see if they decide to go on for a film adaptation soon!

We also had the chance to catch up with producers about projects in pre-production of books we already sold to them: meetings with A Contraluz (pre-producing La estrella de Santaco based in the novel by Belén Carmona), In Vitro Films (pre-producing Terra Roja, based on the book by Francesc Escribanoabout Pere Casaldàliga in Brasil) and Els Films de la Rambla (producer and director Ventura Pons is just about to start pre-production of the adaptation of Àrea de Servei, a novel by Lluís-Anton Baulenas, which working title for the film is A la deriva).

From Pontas we keep building bridges between literature and cinema, literature and theatre, literature and all sorts of adaptations, which mean free translations. The book will always remain as it is. And a different approach to the text can become a gift.