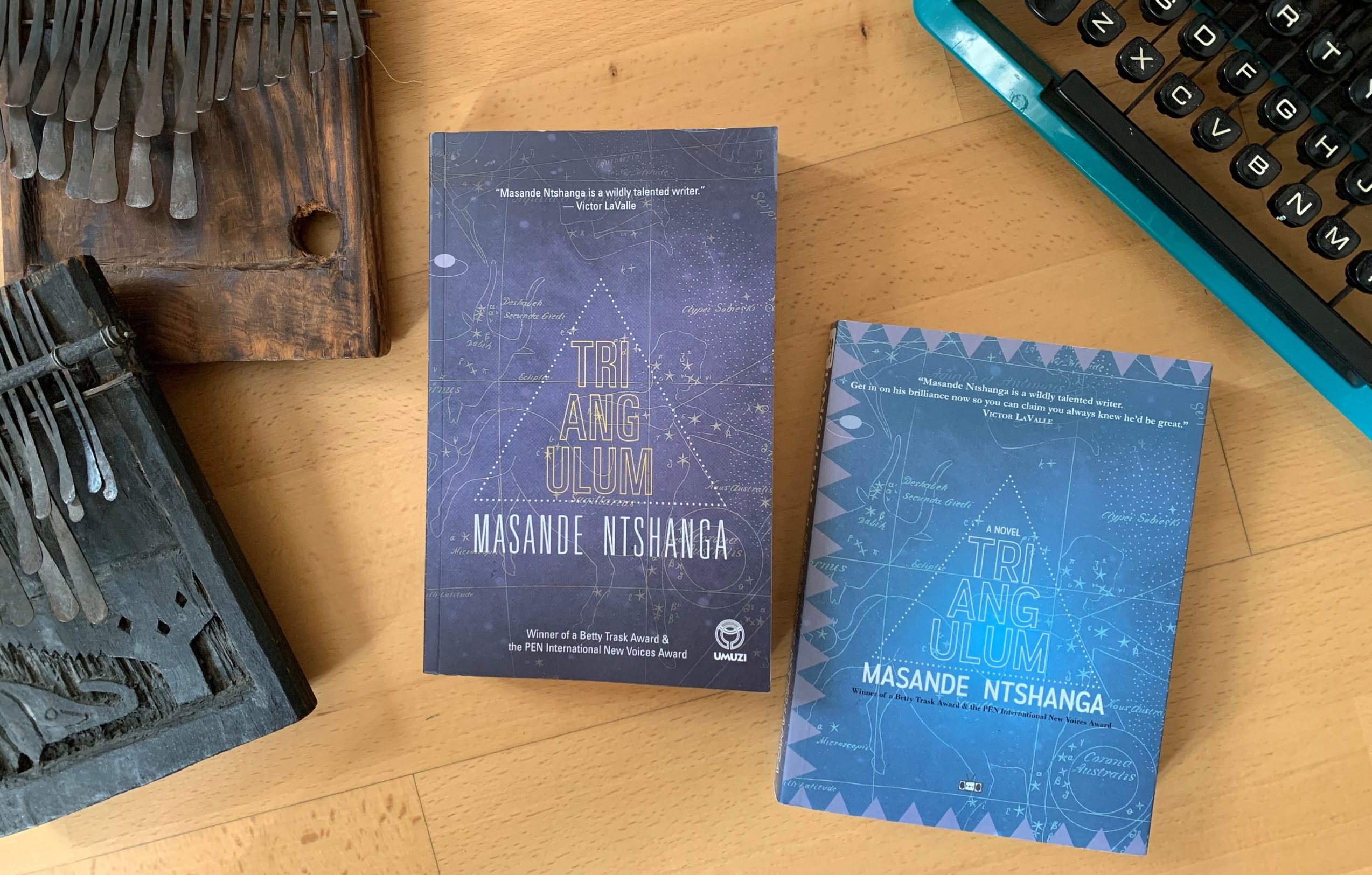 Triangulum covers a period of over 40 years in South Africa’s recent past and near future — starting from the collapse of the apartheid homeland system in the early 1990s, to the economic corrosion of the 2010s, and on to the looming, large-scale ecological disasters of the 2040s. It was shortlisted for the Nommo Awards for Best Novel in 2020 and was listed as a best book of 2019 by Brittle Paper, Entropy and LitReactor. It was published in 2019 by Umuzi/PRH in South Africa, by Jacaranda Books in the UK, and by Two Dollar Radio in North America. All translation rights are currently available.

The novel is set in 2040, when the South African National Space Agency receives a mysterious package containing a memoir and a set of digital recordings from an unnamed woman who claims the world will end in ten years. Assigned to the case, Dr. Naomi Buthelezi, a retired professor and science-fiction writer, is hired to investigate the veracity of the materials, and whether or not the woman's claim to have heard from a “force more powerful than humankind” is genuine.

Thus begins Triangulum, a found manuscript composed of the mysterious woman’s memoir and her recordings. Haunted by visions of a mysterious machine, the narrator is a seemingly adrift 17-year-old girl, whose sick father never recovered from the shock of losing his wife. She struggles to navigate school, sexual experimentation, and friendship across racial barriers in post-Apartheid South Africa.

When three girls go missing from their town, on her mother's birthday, the narrator is convinced that it has something to do with "the machine" and how her mother also went missing in the '90s. Along with her friends, Litha and Part, she discovers a puzzling book on UFOs at the library, the references and similarities in which lead the friends to believe that the text holds clues to the narrator’s mother's abduction. Drawing upon suggestions in the text, she and her friends set out on an epic journey that takes them from their small town to an underground lab, a criminal network, and finally, a mysterious, dense forest, in search of clues as to what happened to the narrator's mother.

With extraordinary aplomb and breathtaking prose, Masande Ntshanga has crafted an inventive and marvelous artistic accomplishment. As it was praised in Publishers Weekly: "This quirky, futuristic novel skirts the boundary of science fiction... Ntshanga writes convincingly from the viewpoint of his narrator as she advances into adulthood. Her struggles to make sense of the strangeness and unpredictability of her world and experiences make this a stirring coming-of-age story." 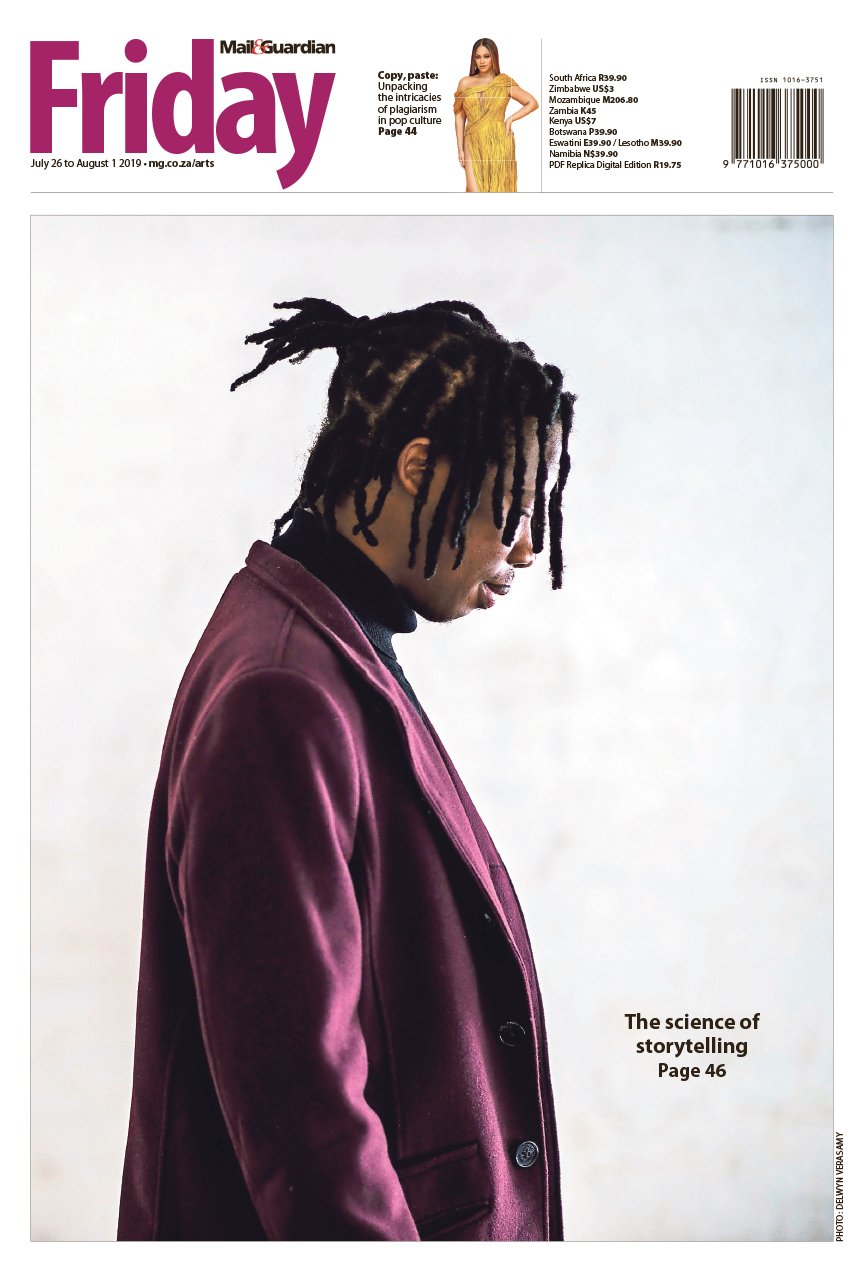 Masande Ntshanga was the winner of the inaugural PEN International New Voices Award in 2013 and a Betty Trask Award in 2018. He was born in East London, South Africa, and graduated from the University of Cape Town, where he completed his Masters in Creative Writing under the Mellon Mays Foundation. He has received a Fulbright Award, a Civitella Ranieri Fellowship, and a Bundanon Trust Award. His work has appeared in Chimurenga, The LA Review of Books Quarterly Journal, MIT Technology Review and n+1. He is also the author of the debut novel The Reactive and Native Life in the Third Millennium, which he wrote during the 2020 lockdown.