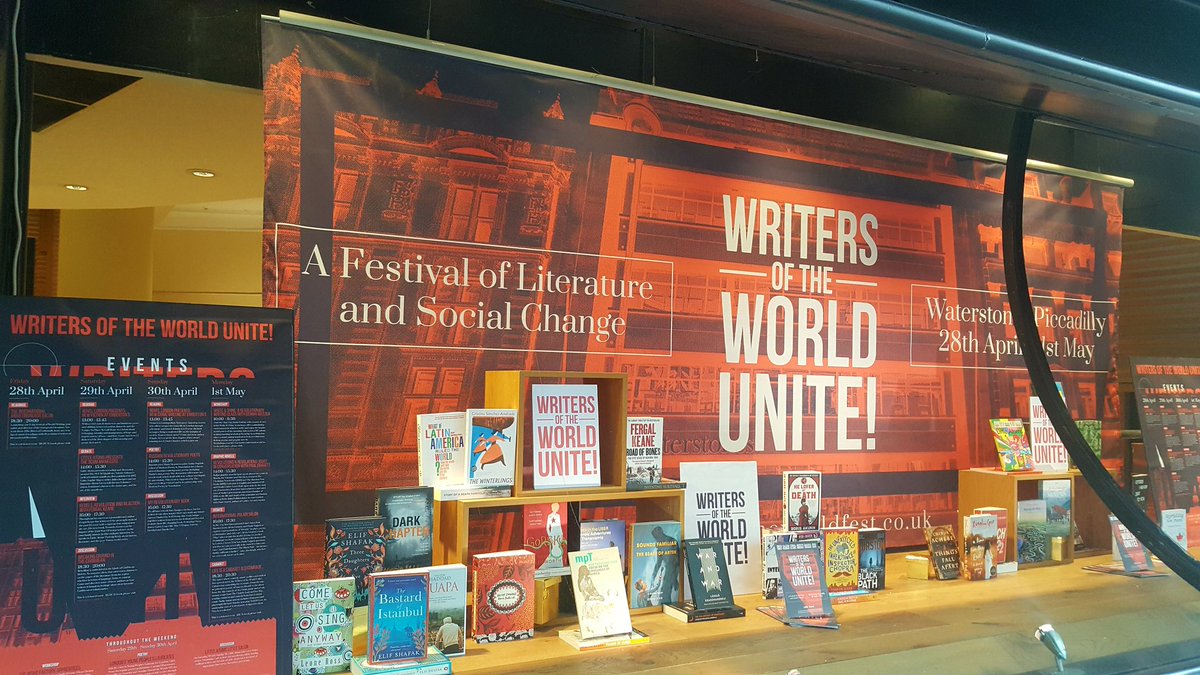 Three authors represented by the Pontas Agency (Cristina Sánchez-Andrade, JJ Bola and Winnie M Li) were part of the exciting Writers of the World Unite! Festival held in Waterstones Piccadilly, London, between April 27th and May 1st. A festival of talks and debates on literature, politics and culture from around the world... and we couldn't be more excited that three amazing writers represented by Pontas read and showcased their not-to-be-missed novels!

On Friday 28th of April, Cristina Sánchez-Andrade took part in The International #RivetingReads Salon, in which 10 writers read from their novels and then there was a fierce 30-minute discussion panel, with the centenary of the Russian Revolution as inspiration. Cristina Sánchez-Andrade read from her novel The Winterlings, published by Scribe in 2016 in the UK and translated into several languages. She was one of an an all-star line-up of European authors, alongside Boris Akunin and Elif Shafak, among others.

Next in the line-up was JJ Bola, on Saturday 29th of April. His debut novel No Place to Call Home is out on June 22nd with OWN IT! and was the debut picked to showcase new literary fiction from London. A tale of belonging, identity and immigration, of hope and hopelessness, of loss –not by death, but by distance – and, by no means the least, of love. JJ Bola is already starting to shine with this very exciting literary debut.

Last but not least was Winnie M Li, showcasing best of new crime fiction. Her debut novel Dark Chapter is out on May 31st with Legend Press in the UK and in September 2017 with Polis Books in the US. Translation rights have already been sold to Sweden and The Netherlands. Inspired by true events, this is a story of the dark chapters and chance encounters that can irrevocably determine the shape of our lives. Picked as Stylists Top 10 debuts to look out for in 2017!