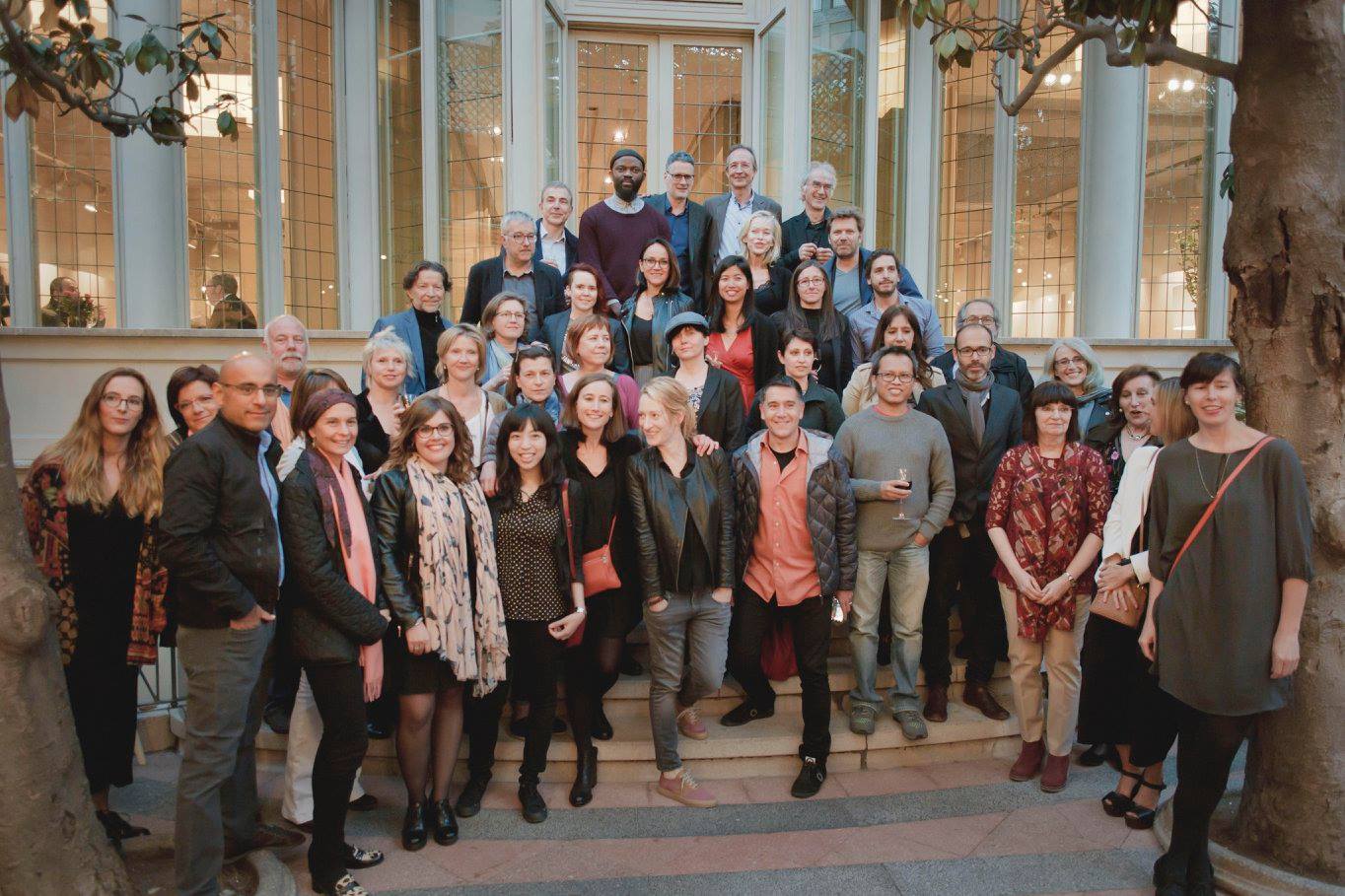 This 2017 at the Pontas Agency we're in our 25th year in business and to celebrate this milestone, we thought that the best way was to reunite as many of the writers we work for as possible to a ‘get together’ in Barcelona during the weekend of April 21-22-23rd. The 23rd of April is, and has always been, a very special day in Barcelona and in Catalonia. We celebrate Sant Jordi, which is also International Book's Day, and the city gets swamped with books, roses and people queueing to get their books signed by their favorite authors. We couldn't find a better date to celebrate also the Pontas Agency's 25th anniversary!

More than thirty authors came from all the corners of the world, from Jakarta, New York, Stockholm, Buenos Aires, Madrid, Paris, Singapore, Lima, London, Mexico..., plus the ones who already live in Barcelona or in cities nearby. We organized three main events for them to meet and know each other, as well as for us to spend quality time and interesting conversations with all of them. Authors are the core of the agency, the reason behind what we do, and the celebrations were the best opportunity to honor them.

On Friday, April 21st   we organized a casual dinner at El Principal, a beautiful restaurant with a library and a terrace, located where there used to be one of the nicest bookshops in Barcelona (called Happy Books). With a loop of pictures of these 25 years of business non-stop in the background, we talked, we laughed, we shared and we celebrated each and every one of the authors who have been part --and still are-- of the Pontas Agency since 1992. Some have been with the agency with more than 20 years. Of course some could not join us in Barcelona, but they were in our minds too and, somehow, part of it.

On Saturday morning , April 22nd , we opened the doors of the office, at Seneca street. Many of the authors had never seen the place where we do all the work for them, the space, the desks, the computers... the server! Or the views we see from our windows while we negotiate publishing deals around the globe. We welcomed them around, with coffee, tea and croissants... and magic happened! The writers started talking about the way they write, the creative process and shared their experiences and stories with each other. They dedicated books to each other, and the office became a place full of inspiration and creativity, a place of shared experiences and of new stories to be shared and told.

Last but not least, Sunday April 23rd awaked as a very sunny day and the city filled with roses and books, and crowds waiting for their favourite authors to sign the books they bought for them and for their loved ones. Some of the Pontas authors were signing their books. The rooftop of the History Museum of Catalonia was the chosen place to enjoy the views and have lunch. With the port of Barcelona at our feet, we couldn't but stress what a great weekend it had been.

While some started travelling back home, others enjoyed a drink at another rooftop with breathtaking views of Barcelona talking about literature and the French elections, and those who didn’t want to miss the football match Barça against Real Madrid watched it at a very local and Barça-fan bar in Gràcia... Authors from the five continents and their literary agency team went crazy when Messi scored the winning goal at the last minute!

The celebration of the 25th anniversary of the Pontas Agency will stay in our memories forever.