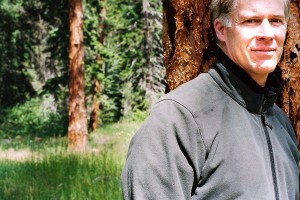 The list of Pontas clients writing in English language is being enlarged. After having included  Jason Eric Miller  recently, we are glad to inform that three more authors have joined the agency at the beginning of this year: Pete Fromm, Yvette K. Willemse and Brandon Graham.

A native of Milwaukee, Wisconsin (USA), Pete Fromm  attended the University of Montana, earning a degree in Wildlife Biology with high honors in 1981. After working for several years as a river ranger in Grand Teton National Park, Pete turned to writing full time in 1990, selling more than two hundred stories since then, earning numerous awards, including mentions in O. Henry and Best American Short Stories anthologies, several Pushcart Prize nominations, and four Pacific Northwest Booksellers Association Book of the Year Awards. He lives in Missoula, Montana (USA). In 2000 Pete Fromm published his first novel, How all this started, and in 2003 he published As cool as I am, a novel that has already been adapted into a feature film, starring Claire Danes, James Marsden and Sarah Bolger, to be released this year 2012. His latest novel If not for this is being offered to publishers now.

Yvette K. Willemse lives in Christchurch, New Zealand, and has long had a passion for writing. From age ten, she has written more than seven hundred poems, and fifty short stories as well as several novel sized projects. One of her short stories, Snàkeeta, was selected for publication in a New Zealander anthology of short stories. Radadazh, a fantasy fiction novel for young adults, is being offered to publishers now as the first book of her « Fledgling Chronicles », to be followed by six other titles. Yvette is currently studying towards a Diploma in Arts. Her papers are related to creative writing, editing, proofreading, and freelancing. She is an accomplished singer, currently preparing for her diploma examination as well as teaching singing pupils. Yvette also plays piano. And (born in 1993) she has become the youngest Pontas client ever!

An unrepentant Southerner by birth, Brandon S. Graham has lived, worked and studied in eight different states of the USA and four different countries, receiving three university degrees. He worked as a commercial pressman and an adjunct professor in Missouri and as a gallery director in Nebraska. He studied in Budapest (Hungary) and Dijon (France). He eventually settled near Chicago where he studied visual and written narrative at Columbia College Center for Book and Paper Arts, graduating with his MFA in 2008. Brandon’s first short story was published in the journal Pleiades in 1990. Since then he has written for performance, artist’s books, book reviews, web content and press releases. He has continued to publish poems and prose in literary journals. His novel, Good For Nothing, is being offered to publishers now. Meanwhile, Brandon continues to make art and write in Downer’s Grove, Illinois (USA) where he lives.   How authors end up being represented by Pontas is always a story in itself. Here’s Brandon Graham’s personal story told by him in his blog: Agent search complete.