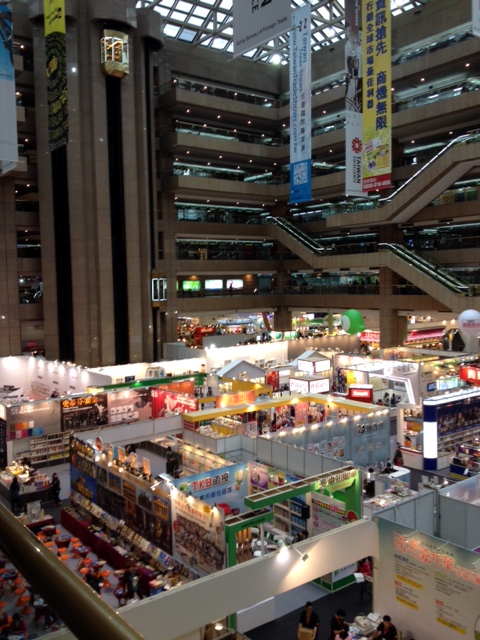 From February 3rd to 9th, Marina Penalva, on behalf of the Pontas Agency attended the Taipei International Book Exhibition (TIBE) 2014 as a participant of the Fellowship Program for foreign professionals aimed at strengthening ties between Taiwanese and Spanish editors and agents. Pontas authors and titles were introduced to numerous publishers during meetings at the fair and visits to publishing houses, such as Locus and Crown Publishers.While the presence of French, Japanese, Korean and English language literature in translation is high and diverse, Spanish literature, on the other hand, is still poorly represented - something to work on!

The Taiwanese publishing community is very friendly and close-knit, but it is also competitive, fast, rich, diverse and very creative. Between work meetings, karaoke sessions, hot springs and delicious food, and numerous on and off fair events, Marina was able to reconnect with old friends such as Grace Chang ('95 Frankfurt Fellow and Alice Munro’s translator), tighten relationships and discuss strategies with our subagent Gray Tan and his wonderful team, and meet new publishers and industry professionals from Taiwan, China, Japan, New Zealand and Australia. She also gave a conference about the agencies' work building bridges between Asia and the rest of the world for over 20 years, and the importance of this growing culture and business exchange today, more than ever.

Yuching and the rest of the wonderful TIBE team -all women!- made this trip extremely productive and interesting and we hope that many new deals will come out of it, as well as some interesting collaborations with our New Zealand authors (Carl Nixon, Alan Duff, Yvette Willemse, Graeme Lay), during the New Zealand Guest of Honor program for TIBE 2015!