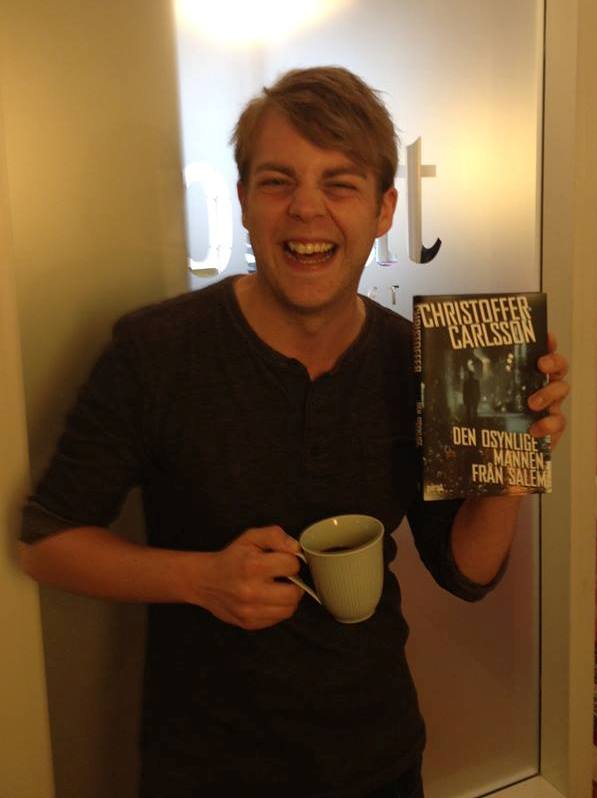 Happy 2014! We have a new year ahead and at Pontas Agency we are really looking forward to keep spreading the word about the books our authors have shared with us to make them known to the world. This 2014 starts in really good spirits because the authors in our list keep being praised and receiving recognition, in some occasions under the form of literary awards. Here follow some of the most recent we’ve learnt about:

Christoffer Carlsson’s latest novel THE INVISIBLE MAN FROM SALEM, published by Piratförlaget, got himthe Swedish Crime Writers Academy's Crime Novel of the Year Award2013and a nomination for the 2014 Glass Key Award from the Scandinavian Crime Association, two well-deserved honors for this his third novel, the first in an intended trilogy featuring detective Leo Junker. Very close to him, also in Sweden, Sara Lövestam´s fourth novel HEART OF JAZZ, also with Piratförlaget, has been nominated for the Blokbloggarnas Litteraturpriss in Sweden, a prize awarded by the most important literary bloggers in the country. The mere nomination is a nice prize in itself!

Halfway between Sweden and France, Olivier Truc keeps unstoppable in receiving awards for his debut novel LE DERNIER LAPON, the most recent ones being the PrixSalon du Polar de Montigny - Best Crime novel in French, and the Trophée 813 for Best Crime Novel 2013, which add up to a list of 15 awards to this date, with the Prix Quai du Polar and the 42d Prix du Mystère de la Critique on top of them.

Moving on to India, we were really happy to learn that Janice Pariat won the Crossword Book Awards held in Mumbai on December 6th, 2013 for her book BOATS ON LAND. In the photo, meeting with Anna Soler-Pont (director of Pontas, who was also in the city that day) just some hours before the great news was announced.

For those books that cross the bridge towards the big screen, the awards may come to recognize the work of the actors who make the fictional characters in the novels acquire flesh and bone form. This has been the case for Spanish film LA ESTRELLA, based on the novel of the same title by Belén Carmona: actress Ingrid Rubio has been nominated for the Best Actress Gaudí Award by the Catalan Film Academy in her role as Estrella, while Carmen Machi, who gave life to the character of Trini, could get the Gaudí Award for Best Supporting Actress in the same film.

And last but not least, we would also like to celebrate that two of the members of our sister company Pontas Films have received important nominations for their work: Josep Amorós is nominated for Best Line Producer both in the Goya Awards (Spanish Film Academy) and the Gaudí Awards (Catalan Film Academy), while Eva Valiño is nominated for Best Sound Designer for the Goya Awards. Some really good news while the team is hard at work with the shooting of TRACES OF SANDALWOOD, these days in Barcelona following to some intense but wonderful weeks in Mumbai. Here below, a photo of the crew on the last shooting day in India.