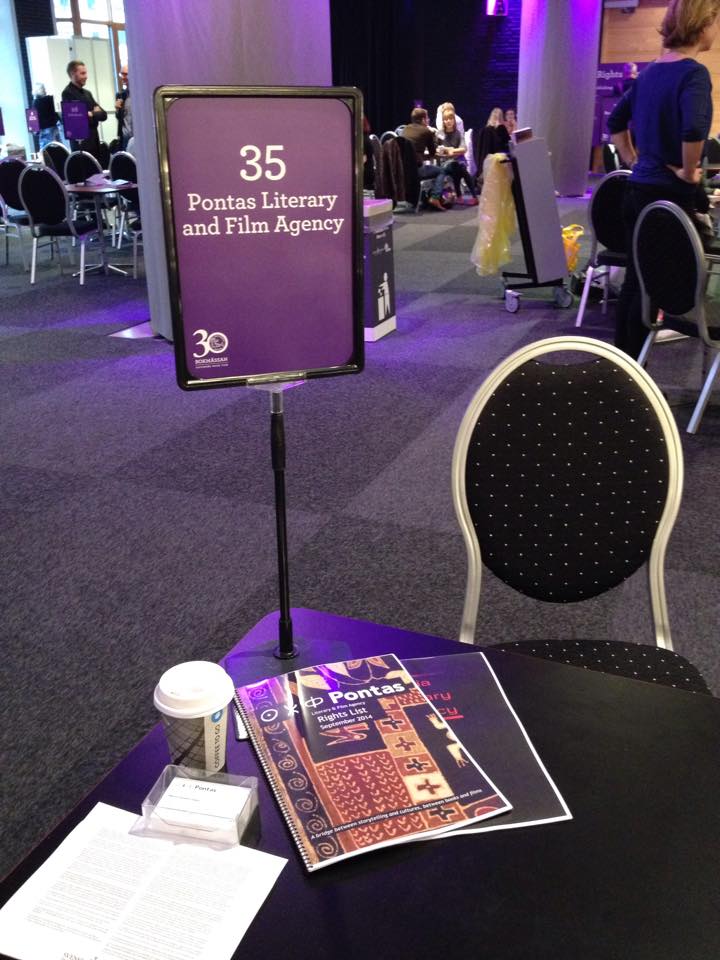 Once again the Pontas Agency attended the Göteborg Book Fair, with Marina Penalva on behalf of the agency´s team in a vibrant fair celebrating its 30th edition. All began with a Danish offer for The Auschwitz Violin by Maria Àngels Anglada and ended with a heated international auction for This too shall pass by Milena Busquets, as well as German and Italian rights sales for tram 83 by Fiston Mwanza Mujila.

Three agency titles were being presented to the Swedish fair-goers this year:

Grejen med Verben by Sara Lövestam, which was the author with the longest queue from Piratförlaget after Jan Guillou, with over 250 copies sold in one single event (the book has sold over 10,000 copies since it came out).

The Auschwitz Violin by Maria Àngels Anglada, published by Charlotte Werner at Bonniers. The novel was discussed in a panel in the “Voices from Catalonia” program and is gaining very good reviews in the press. This is the first time this Anglada is translated into Swedish.

There was also a lot of interest from international publishers in some of our forthcoming titles from Sweden, such as Hotell Angleterre by Marie Bennett (W&W) and The Girl Without A Face by Terese Cristiansson.

Among authors, editors, translators and old and new friends the Göteborg gathering remains a cozy yet vibrant rendezvous not to be missed. Especially when the sun is out, like this year.