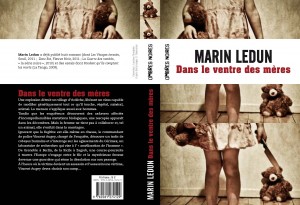 Thines, France, January 3rd, 2008, a mysterious explosion destroys a village and its neighborhood, spreading a virus capable of modifying genetically everything it runs into. Police Commandant Vincent Augey, is moved on the spot to try to identify the persons in charge of a mass grave of about  90 corpses presenting disturbing  biological mutations. Augey quickly discovers traffic of human guinea pigs, recruited in psychiatric hospitals, community centers and industrial training schools of the region. He then goes back up the track of a strange laboratory, the Cérimex, which seems to benefit from supports of his hierarchy, and from a man, Peter Dahan, a demiurge involved in several programs of personal research aiming at the improvement of mankind . Until the day he hears about the existence of a woman survivor of the explosion in Thines, probably holder of the answers to the questions that he has in mind since  the beginning, a woman who is a real warrior spreading desolation. A  hunting begins then, through all Europe, from the University f Grenoble to Erwin-Schrödinger Center in the university campus of Adlershof, in Berlin, from the South of Sicily to the suburbs of Zagreb. At this stage, he is still unaware of three elements which are gradually going to invert the course of his investigation and to upset his existence. This young woman, called Jézabel, is Peter Dahan’s daughter. She is infected by the virus which her own father created. And she has only one purpose in life,even if this means spreading around the evil which gradually destroys her: to find her nine-year-old daughter, fruit of the genetic frenzies of Cérimex.

Marin Ledun’s previous novel, Les visages écrasés (Broken Faces) was published in French by Éditions du Seuil and in Spanish by Alienta Editorial, under the title of Perros de porcelana, and Portuguese Brazilian rights have already been sold to Editora Alaúde. The pocket edition has been recently released by Éditions Points.

This novel has received several awards, such as the Trophées 813 Award for Best Crime Fiction in French and the Grand Prix du Roman Noir 2012 du Festival International du Film Policier de Beaune. Besides, it was shorlisted for many awards, among which the Prix des Lecteurs Quais du Polar 2011 and the Prix Pourpres 2011. Film rights have been sold to Junior Productions, most probably with Jean-Paul Lilienfeld as scriptwriter and director, which is also an award in itself! Production is intended for 2013 and we all dream of French actress Isabelle Adjani to play the main character : doctor Carole Matthieu.  In the photos below, Marin Ledun (left) and Caryl Ferey (copyright photo : Les Pictographistes) and Isabelle Adjani (in La journée de la jupe, a film by Jean-Paul Lilienfeld).