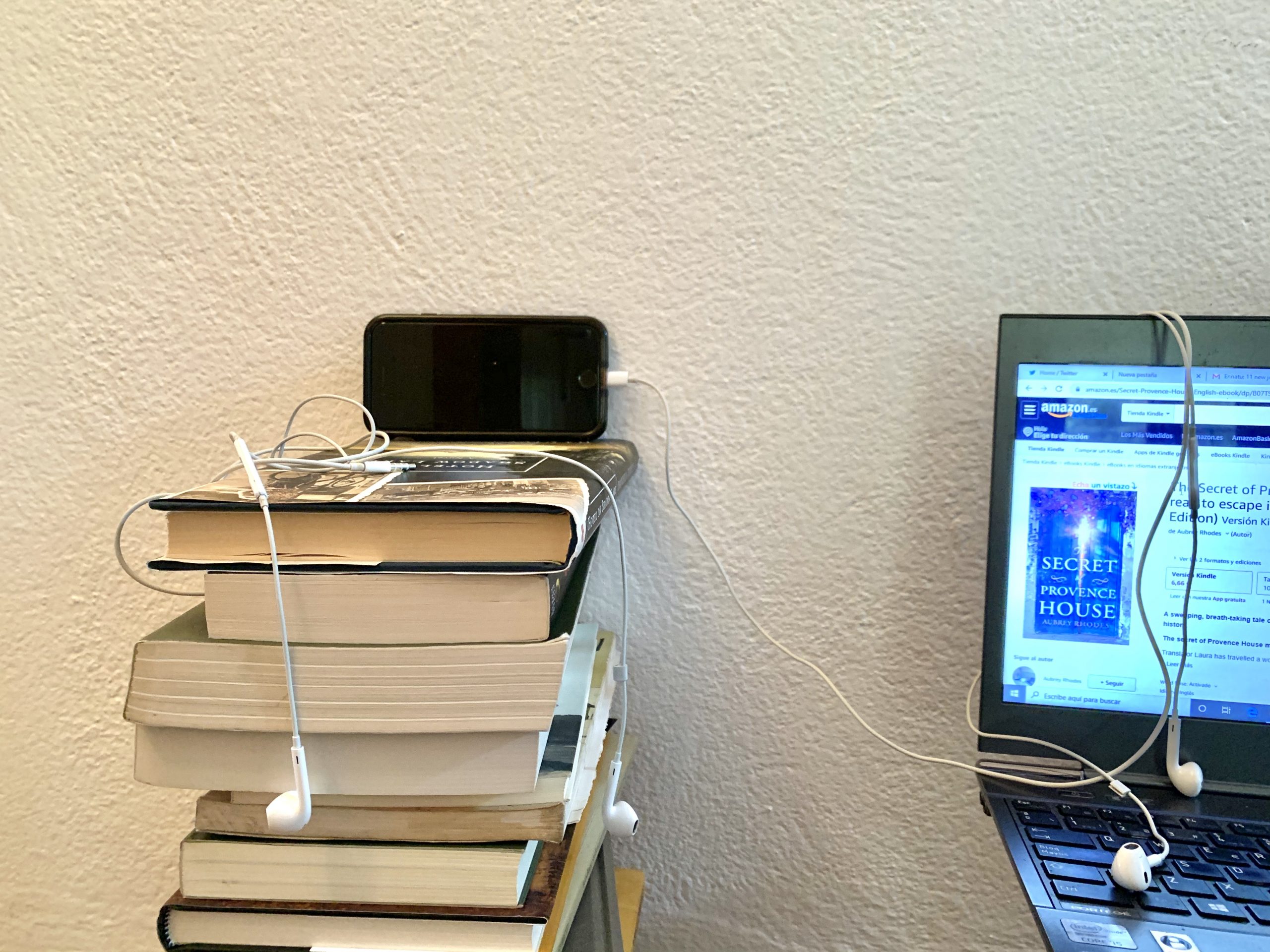 After several weeks of confinement in many countries around the world, people in good health have finally started to get used to their new routines, to juggling their careers with video-conferencing, virtual classes, concerts, family time and meetings of all sorts. Some have been struggling with reading and concentration, while others have read one book after the other. But what statistics show is that there is an increase of ebook and audiobook downloads and the amount of books on hold to be printed.

Over the past weeks at the Pontas Agency, we have been receiving many calls from several audiobook companies interested in acquiring new content. Recording audiobooks requires very few people in a sound studio, and such studios can even be arranged in a private home where some voice actors and actresses are already working from. Since the lockdown began and bookshops were shut, Sensuous knowledge: A Black Feminist Approach for Everyone by Minna Salami, published by Zed Books in the UK and by Amistad/HarperCollins in the US, is in high demand as an ebook. While Aubrey Rhodes’ debut novel The Secret of Provence House has been published digitally only by One More Chapter/HarperCollins.

This practice of publishing digitally first and to postpone publication in print will also be followed in Poland with Federico Moccia’s novel E il cuore si fa più leggero, that will be coming out at Muza as an ebook under the title Tysiac Nocy Nez Ciebie (which means “one thousand nights without you”). While Janice Pariat’s The Nine-Chambered Heart will be coming out in Russia published only as an ebook under the Russian translation девять камер ее цердца. A similar case will be Victoria Princewill’s debut novel In The Palace of Flowers. The printed publication by Cassava Republic has been postponed until October 2020 in the UK (and February 2021 in the US), although it will be coming out as an ebook on July 14th 2020. The cover reveal is announced for mid-May.

“How the coronavirus will change book publishing, now and forever” is the title of an article by Ed Nawotka (international editor of Publishers Weekly) which appeared in The Los Angeles Times. One of the first serious attempts at explaining what's going on and where we might be going. He says:

“This crisis should be an opportunity for book publishing, a period of high demand from readers stuck at home. Ebooks and digital audiobooks are selling better than usual, alongside the print books Amazon and a few others manage to deliver. So what does the overall picture look like for publishing at a moment when readers need the industry the most? And just as important, what might it look like on the other side of the pandemic? (…) The big question in publishing is whether this is the moment people turn to ebooks. Book lovers have never quite embraced them to the extent that was predicted when Jeff Bezos first introduced the Kindle in 2007. Sales have been in a slow, steady decline, partly due to the fast-rising popularity of downloadable audiobooks.”

We'll keep alert and awake in between ebooks, audiobooks and printed books.