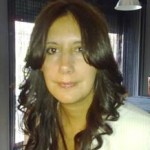 Just as we deducted, given the buzz at the Frankfurt Book Fair 2011, The Invisible Guardian  byDolores Redondo Meira, a gripping novel, between crime fiction and thriller, is already a success and the interest is increasing every day, following to the acquisition of Spanish rights by Ediciones Destino during the Fair. Silvia Sesé will be the editor and she said of it that it is “a captivating novel with an impeccable architecture”. Publication in Spanish original language is expected for October 2012.

Back from the Frankfurt Book Fair and after several intense days, translation rights have already been acquired in five territories :

And hopefully many more publishers from all over will be added to the list soon!

On the other hand, at Pontas we have started to make some movements among film producers, because we strongly believe that this novel has a huge audiovisual potential and the genre works. One could say it is a blend of The Girl with the Dragon Tatoo and The Silence of Lambs in the Spanish-Navarra style!

The comments we have received these last days from international publishers and scouts could be summarized here:

“I am reading and really liking: I am a big fan of crime and thrillers having worked in my previous publishing houses with Michael Connelly, Jo Nesbo, Tom Rob Smith, etc., and in the past I also spent some time in Navarra, so I am really keen”.

“I´m sure many readers will like the atmosphere, beautiful setting, nice main character (Amaia, a woman who has to combine her hard job with all her family’s problems), with a social touch … besides being very well written and by a woman author (:)). And the beginning of a series! ”