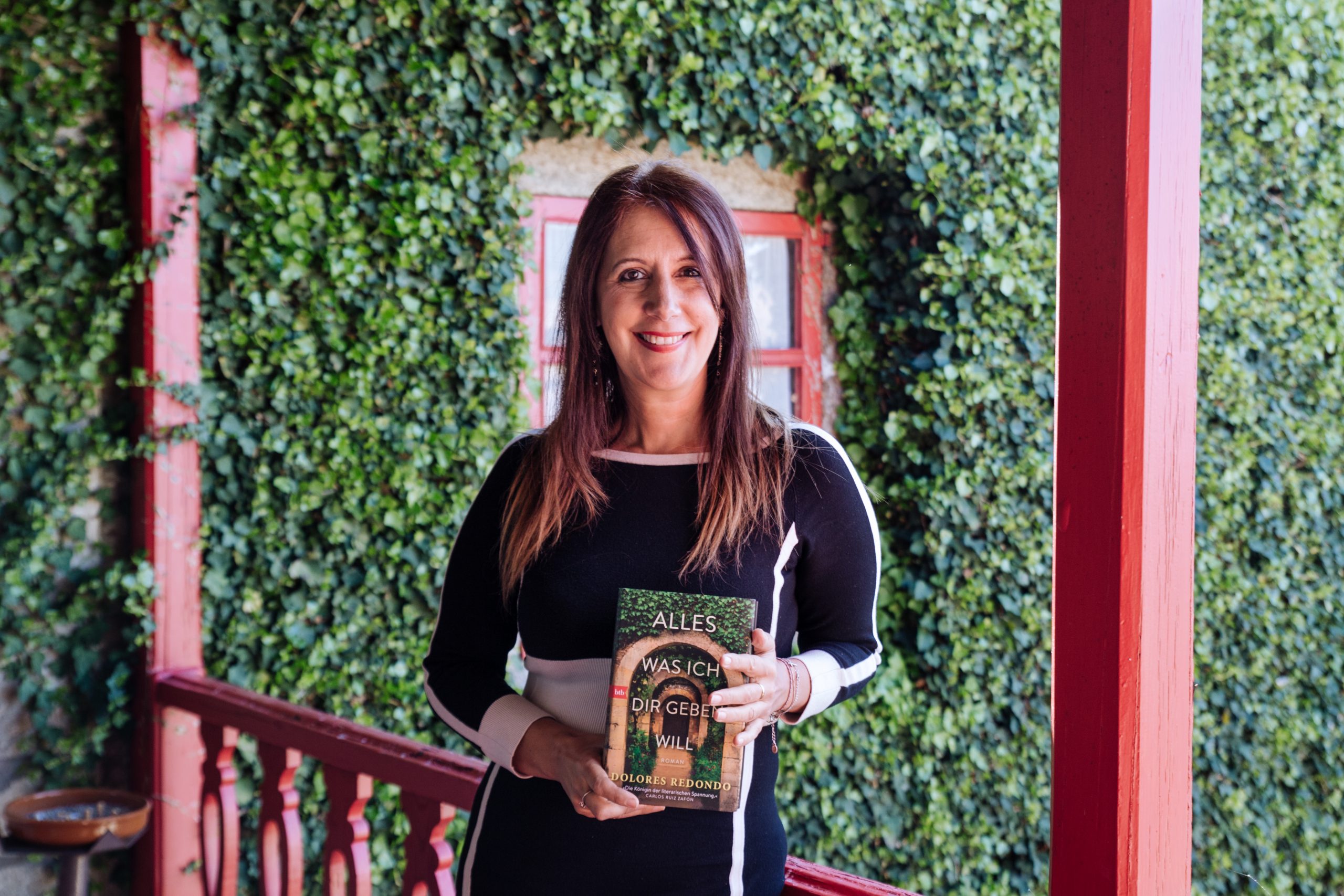 The international bestselling page-turner All This I Will Give to You by Dolores Redondo is reaching readers in 22 languages worldwide, as well as winning awards in different territories. After winning the Planeta Prize in 2016, All This I Will Give to You has won the independent booksellers Bancarella Prize in Italy, and received the Special commendation from The Finnish Whodunnit Society for significant contribution to the genre.

The latest translation to appear is the German, published by btb Verlag in a beautiful hardcover edition. As with the French and Italian editions, a group of journalists coming from Germany and Austria visited Ribeira Sacra with Dolores to experience first-hand the eeriness and beautiful landscape and surroundings where the novel is set. The first German review is out in the prestigious newspaper Frankfurter Allgemeine Zeitung and says: «In this pristine nature, Redondo finds strong metaphors and symbols for her story. The author is strong when it comes to nuancing her characters' struggle with each other and with their own demons, understanding the smallest changes in their worldview.»

Furthermore, the English edition (Amazon Crossing), that was published in August 2018, has now sold more than 25,000 copies, where is also receiving raving reviews:

«The best crime novel in translation I read this year (...) in which a Spanish novelist discovers his dead husband is not all he seemed. It’s not only a much-needed, and clever, corrective to Scandinavian gloom but also a moving exploration of grief.» Evening Standard

«An entertaining read with plenty of plot twists.» Guardian

«Ms. Redondo unfolds her lengthy saga at a steady pace, with an abundance of detail. The patient reader will be rewarded with revelations both dramatic and poignant.» The Wall Street Journal