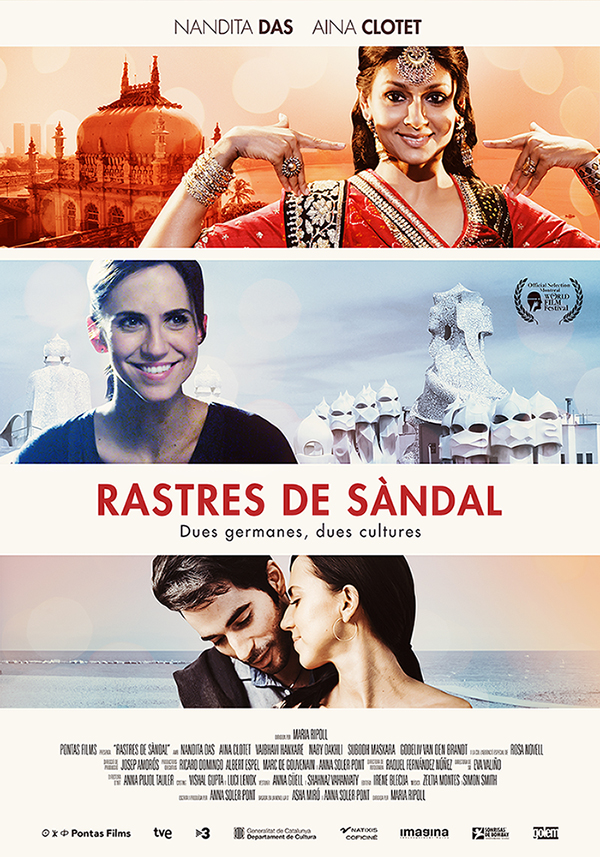 Already described as a “feel-good movie about one’s identity across Mumbai and Barcelona”, it has been directed by Maria Ripoll, starring Nandita Das and Aina Clotet, after a screenplay by Anna Soler-Pont, adapting one of the plots of the novel with the same title by Asha Miró and Anna Soler-Pont.

The world premiere will take place at the Montreal World Film Festival, within the section out of competition Focus On World Cinema on August 22nd . There will be a total of three screenings, all of them scheduled at the Cinema Odeon Quartier Latin in Montreal (350, rue Éméry):

Later on, there will be two private screenings during the Toronto International Film Festival:

Thursday, September 4th at 15.00 h at the Cinema 6 at TIFF Bell Lightbox

We hope many international distributors will attend these screenings! Distribution rights are handled byImagina International Sales.

The Catalan and Spanish theatrical release is scheduled for Friday, November 28th , distributed by Golemall around Spain.

What´s the film about?

Despite her fame and fortune, Mina (Nandita Das), a successful Indian actress in Mumbai, can´t forget her little sister Sita, from whom she was forced to separate after their mother´s death in a village. Thirty years later she will finally find out that Sita is alive and well in Barcelona. However, Sita's adoptive parents have erased all traces of her past. She is now called Paula (Aina Clotet), works as a researcher in Biology and has no recollection of her Indian background, let alone of Mina. Faced with the shocking truths of her past, Paula begins a long journey of self-discovery, aided along the way by her budding romance with the handsome Indian immigrant Prakash (Naby Dakhli). A story of hope and love across Mumbai and Barcelona; from India to the Mediterranean and all the way back.