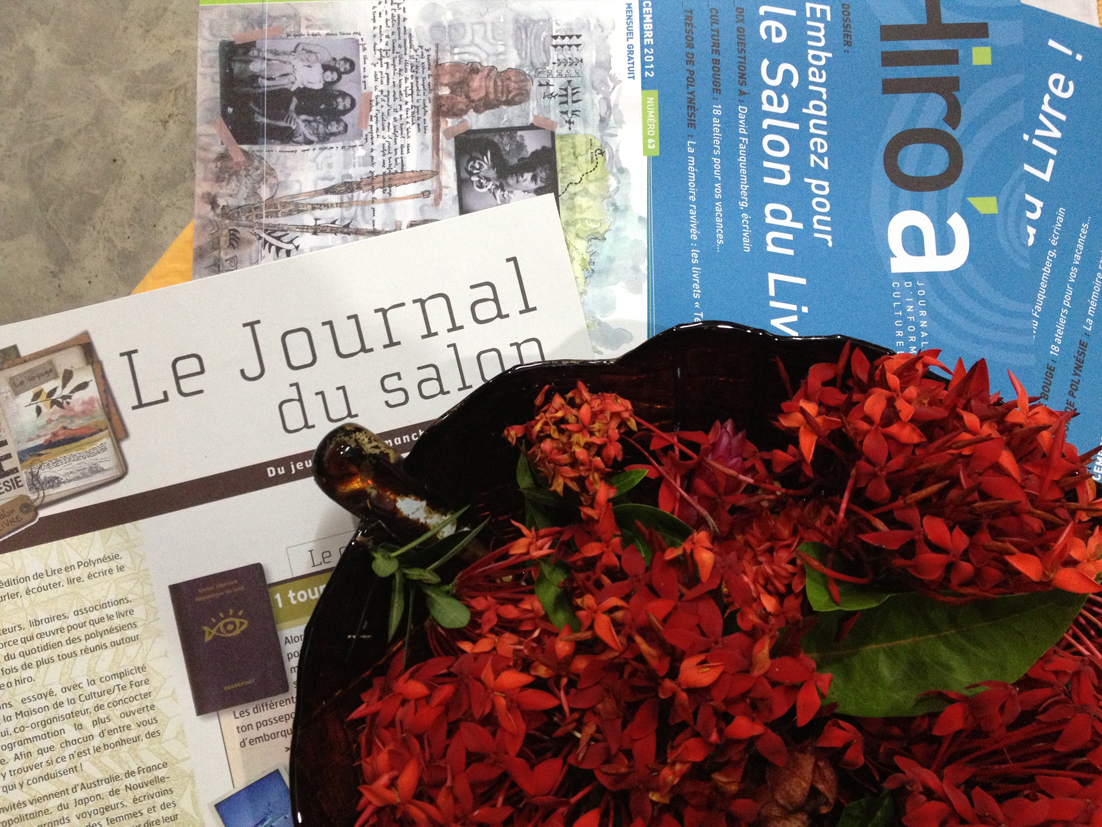 The theme this year was «Travel Writing» and Marc held a conference based on his former experience as an editor and writer but also moderated panels gathering writers such as Michael Robotham, from Australia, Patrick Deville from France (Femina Prize 2012), David Fauquemberg, known for his novels on Australia and Cuba (in the photo below on the local TV Polynésie 1ère with Marc), and other personalities from New Caledonia and Polynesia. The weather was particularly rainy but the book fair was a local success and draws more and more attention in Oceania, hoping that publishers from over the Pacific ocean may one day turn their interest to writers from the antipodes. Christian Robert (publisher at Éditions Au Vent des Îles), was in charge of welcoming Odile Gannier, Patrick Deville and David Fauquemberg (in the photo). For many years, Pontas has been very active enlarging a good network in the Pacific, since we strongly believe that Francophone and Anglophone literatures coming from there need attention.