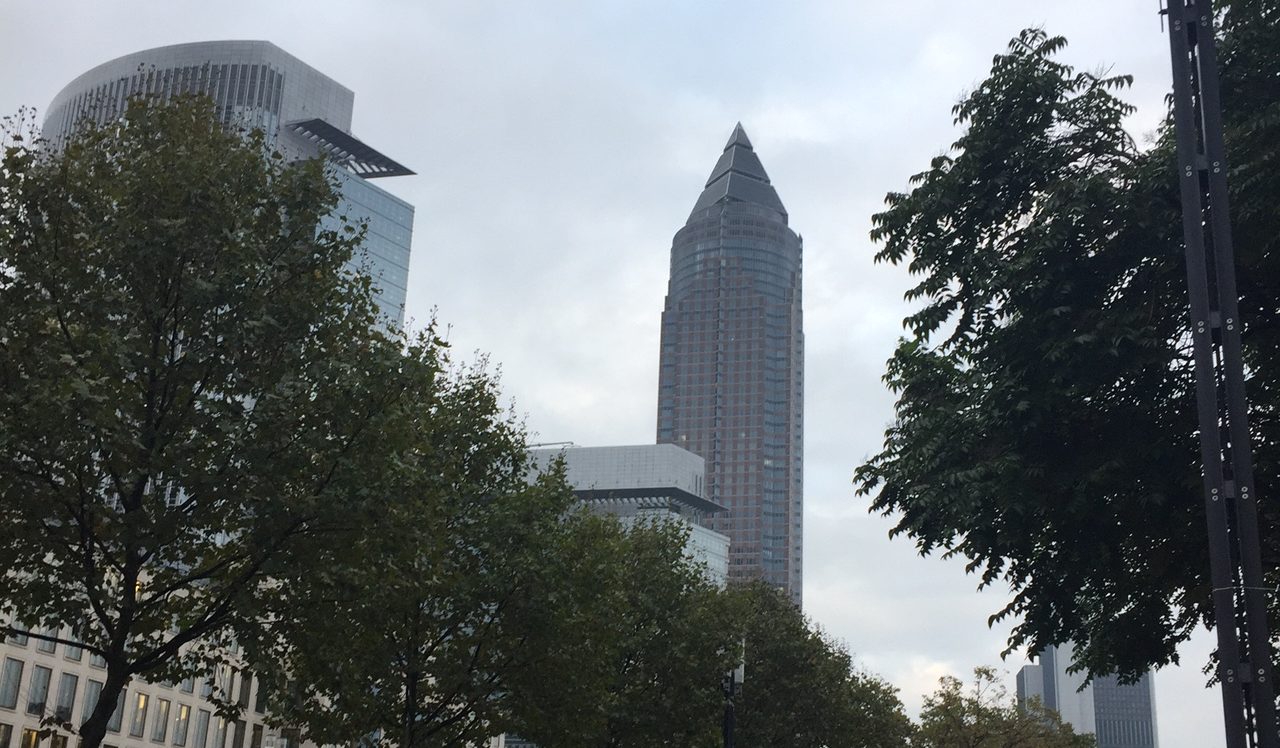 Another year, another Frankfurt Book Fair, and this time, a very special one: Anna Soler-Pont has been attending the fair for 25 years in a row, and counting! Four Pontas agents (Anna Soler-Pont, Marina Penalva, Maria Cardona and Leticia Vila-Sanjuán) were present at the fair, with five days of back to back meetings with editors from every corner of the world.

This year we also started on Monday with meetings at the Coffee Fellows, the Frankfurter Hof and the Hessischer Hof hotels, but on Tuesday we moved into the Agent’s Center in the fairgrounds, with better quality meetings than in the hotels and stayed till Friday late afternoon, just before heading to the airport to go back to Barcelona. We covered around 200 meetings between us and met with editors from 25 different countries, as well as many film producers and book and film scouts.

Several deals were sealed during the fair, including German (btb/Random House) and Dutch (Xander Uitgerverij) for Todo esto te daré (All This I Will Give You), the awaited new novel by  Dolores Redondo, winner of the Planeta Prize 2016; French rights to Rainbirds by Clarissa Goenawan to Les Escales; Greek rights to Truth is a personal matter by Sara Lövestam to Oceanida; French rights to The Defenses by Gabi Martínez to Bourgois Éditeur, who also optioned The Original Lie by Renato Cisneros.

We were also delighted to present new novels and authors, including Period Pain by South-African author Kopano Matlwa and the debut novels Angel Return by Marialena Carr, The Yellow Tree by Jill Scott Johnson and No Place to Call Home by JJ Bola!

Eka Kurniawan and Renato Cisneros were the authors represented by the Pontas Agency invited at this year’s fair, with several panels each. It was also the perfect time for them to meet their international editors. From left to right: Adam Freudenheim (Puskin Press), Eka Kurniawan, Silvia Querini (Lumen), Lucien Leitess (Unionsverlag); Dominique Bourgois (Bourgois Éditeur) with Renato Cisneros .

Frankfurt represents the climax of the publishing calendar and the most essential gathering place where projects that we have been working on all year materialize. It is an unmissable event for agents, scouts, editors and booksellers and everyone who wants to be involved in the stories and pitches that will become bestselling books and films in the coming years. No wonder we celebrated in style that 2016 was Anna Soler-Pont's 25th Frankfurt in a row (champagne and chocolates courtesy of Frankfurt Book Fair!):