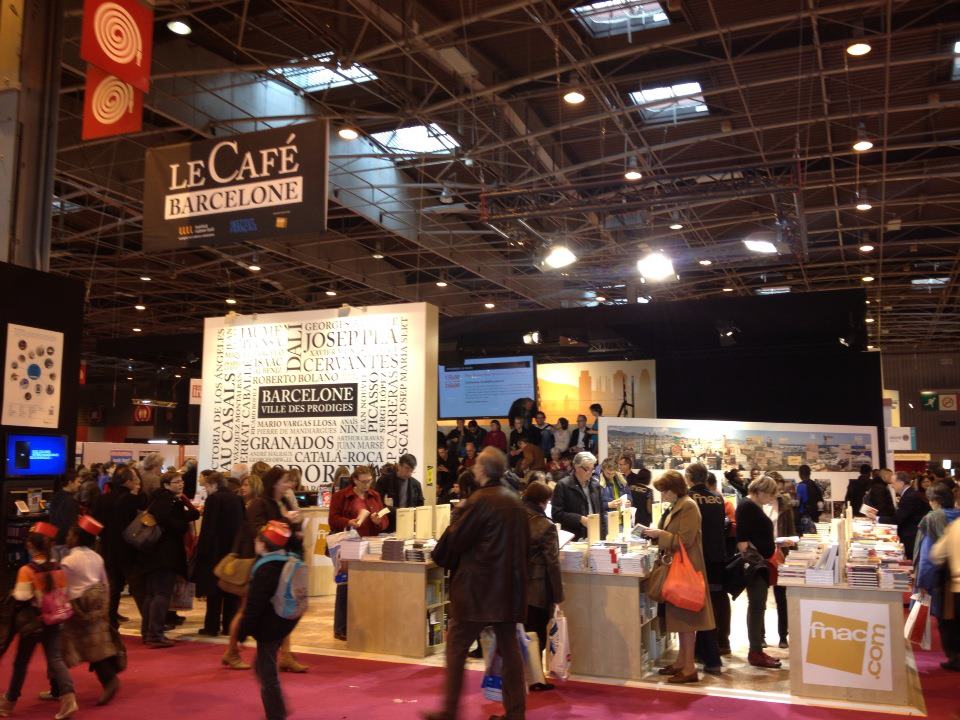 From March 22-25, 2013, Marc de Gouvenain and Marina Penalva Halpin attended the Salon du Livre de Paris, one of the most important professional literary gatherings of the year. Pontas authorsIngrid Astier (Angle mort/Gallimard) and Olivier Truc (Le dernier lapon/Metailié) both had long queues of fans for their signings at their publishers’ stands. Maite Carranza (El fruit del baobab) was also present and participated in a few events organized by the Institut Ramon Llull for the “Barcelone, ville invitée” program.

We also met with Marie-Thérèse Schmitz, who is working hard on her new novel set in India. The atmosphere at the Salon was vibrant, with a large flow of audiences of all ages, especially during the week-end. French editions of other Pontas titles were also present at the stands: Le gardien invisible by Dolores Redondo (Stock), Le violon d’Auschwitz and Le cahier d’Aram by Maria Àngels Anglada (Stock), L’Art difficile de rester assise sur une balançoire by Emmanuelle Urien (Denoël), Le fil d’argent and Le bonheur by Lluís-Anton Baulenas, Différente by Sara Lövestam (Actes Sud), et.. With a high attendance of international agents, authors and publishers, and a packed schedule of meetings for Marc and Marina, the Salon du Livre continues to be a must on the fair calendar of the year.

In the photos below, from left to right: Anne-Charlotte Sangam (Autrement) with Marina; Béatrice Duval (Denoël) with Marc; and Maite Carranza at one of the panels whe attended.