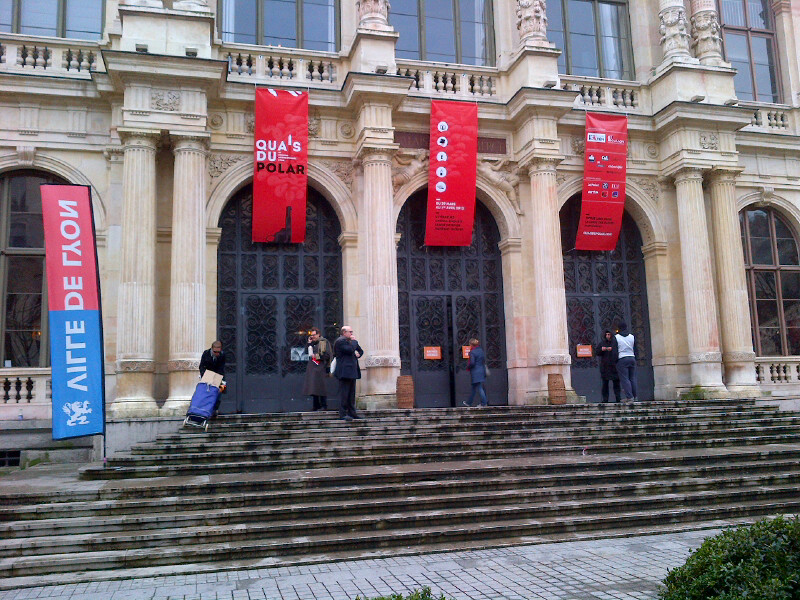 The French city of Lyon hosted a major crime fiction festival over the Easter weekend – 29th March to 1st April 2013. A whole range of authors from France and beyond were in the city for the 9th annual Quais du Polar Crime Festival, along with up to 45,000 crime fiction fanatics. It must be the biggest crime fiction event we’ve ever come across!

This year’s guest list included some huge names – PD James, Henning Mankell, Patricia Cornwell -- and also three Pontas authors such as Dolores Redondo (who participated in different panels alongside with Harlan Coben and Gillian Flynn, while launching the recently published French translation Le gardien invisible at Éditions Stock); Olivier Truc (who was awarded with the festival’s Readers Award - Prix des Lecteurs/20 Minutes for his novel Le dernier lapon, published by Éditions Métailié); and Ingrid Astier, who had long queues for signatures of her latest novel Angle mort, published by Gallimard. Here below, from left to right: Olivier while being awarded and Ingrid Astier signing.

Marc de Gouvenain attended the festival on behalf of the Pontas team and had the pleasure to see how successful our clients were! Here below, Marc (right) together with Olivier Truc and Dolores Redondo.

The event was set to take over the entire city, and there even was a Lyon-wide murder mystery with staged clues hidden here and there. Lyon could just be the city best suited to a crime fiction festival – it is home to the St Cyr National Police College of France, as well as Interpol’s HQ. Everyone was able to visit the police academy, attend exhibitions, play games and take kids to a forensic arts-and-crafts project. And all of the events are always free. Looking forward to be attending next year!