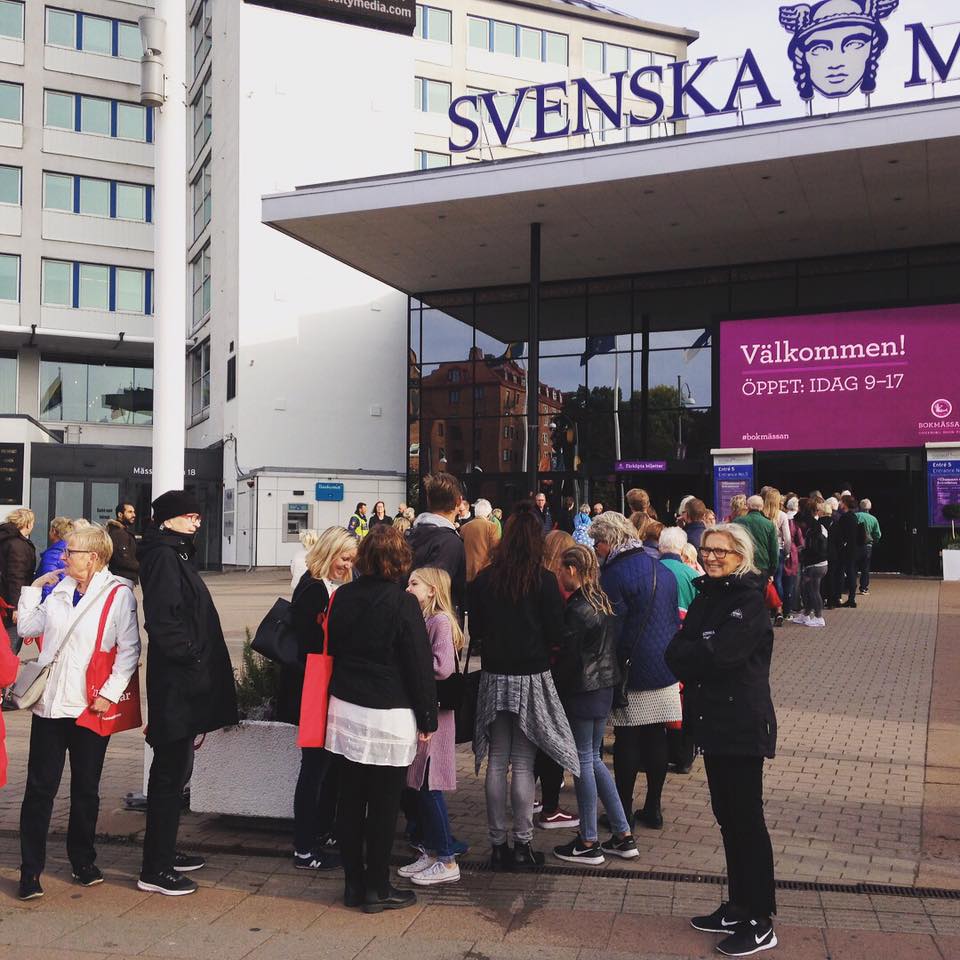 The Göteborg Book Fair in 2017 was rather special for the Pontas Agency. After attending this fair for many years in a row, an author represented by the agency —Eka Kurniawan— was the “face” of the prestigious seminar program for this year’s fair; and three other authors from the agency were also in attendance: Sara Lövestam, Saskia Vogel and Lisa Hågensen.

The fair started with the now traditional Brombergs dinner, with Arundhati Roy and Roberto Saviano as special guests. Two agents from the team, Marina Penalva and Maria Cardona, met with many editors from Scandinavia, but also from Germany, The Netherlands, the US and the UK, among other countries. Besides testing the waters for the forthcoming Frankfurt Book Fair, the Göteborg fair also provided valuable meetings for many of the agency’s titles, such as The Distance that Separates Us by Renato Cisneros [longlisted to Prix Médicis 2017, announced during the fair, sharing nomination with Eka Kurniawan] and many others, and also especially for Saskia Vogel‘s debut novel I Am a Pornographer, which registered many interest worldwide.

In the pictures below, Eka Kurniawan meeting his Finnish editor, Anna Baijars at Gummerus (left); and the entrance of the rights centre, where all the meetings take place (right):

We could also spot The Invisibe Guardian by Dolores Redondo and Tram 83 by Fiston Mwanza Mujila in Swedish:

And we also enjoyed a lovely dinner with Eka Kurniawan and his Swedish editors at Nilsson Forlag; and a great breakfast with Sara Lövestam:

Besides representing five authors writing in Swedish, Scandinavia is a top market for the Pontas Agency and the Göteborg Book Fair has become an unmissable event to do business and discuss new talent, new strategies and new opportunities.