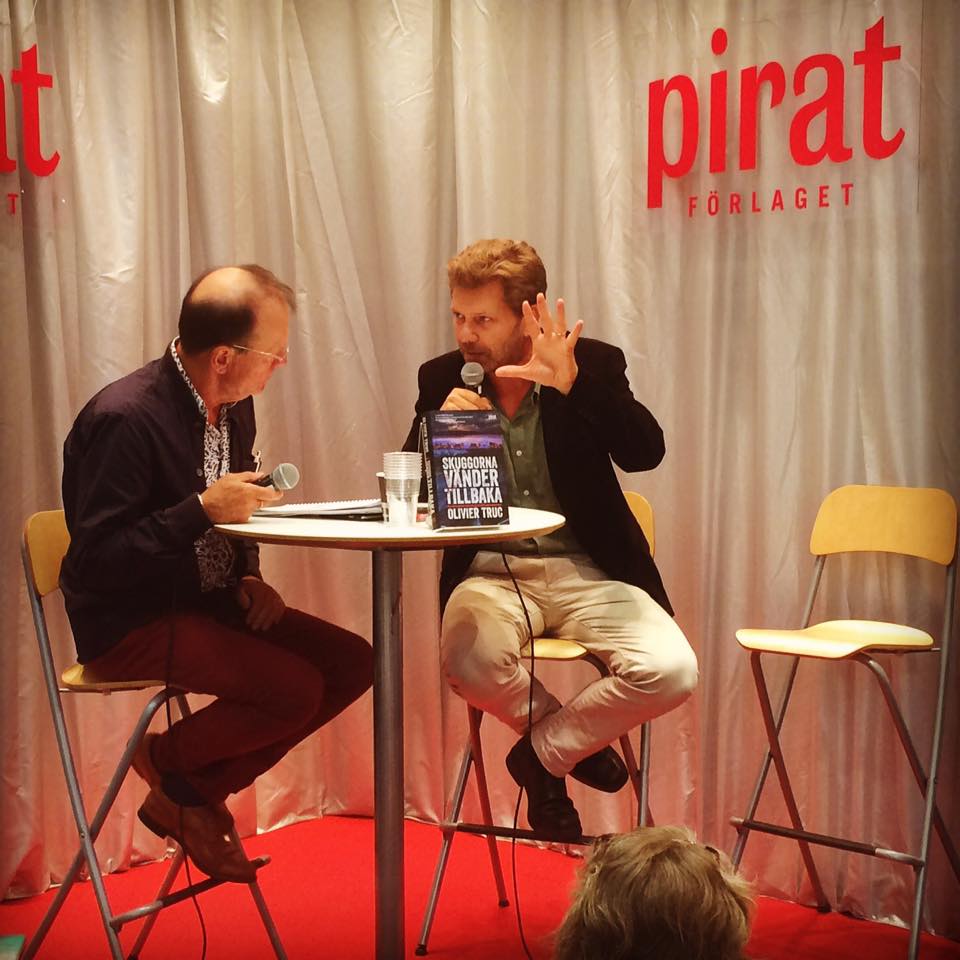 Another year and another Göteborg Bokmässan! The Pontas Agency has been, once again, attending the biggest book fair in Sweden, and a fair that every year gathers many authors and publishers from all over the world, as well as having a great focus on Swedish literature.

In 2016, Sara Lövestam and Olivier Truc were the Pontas authors present at the fair, with many events that included presentations, readings and signings of their latest books published in Swedish. For instance, just before the fair, The Kouplan Series by Sara Lövestam was acquired at auction by Forlaget Aronsen in Denmark, and Olivier Truc‘s third novel The Red Mountain was acquired by Marsilio in Italy!

In the pictures, from left to right, Sara Lövestam with Maria Cardona (who attended the fair on behalf of the Pontas team) and Olivier Truc talking about Le détroit du Loup, his second novel, just out in Swedish with Piratförlaget.

Maria Cardona met with many editors from Scandinavia, but also from different parts of the world, such as the UK, the US, Germany, The Netherlands, etc. Besides testing the ground for the forthcoming Frankfurt Book Fair, the Göteborg fair also provided valuable meetings for many of the agency’s hot titles for this season: Dark Chapter by Winnie M Li, The Hour of Waking Together by Kirmen Uribe, The Raili and Ylva Mysteries by Lisa Hågensen, The Distance that Sets Us Apart by Renato Cisneros, The Reactive by Masande Ntshanga, among many others!

Besides representing six authors writing in Swedish, Scandinavia is a top market for the Pontas Agency and the Göteborg Book Fair an unmissable event to do business and discuss new talent, new strategies and new opportunities.