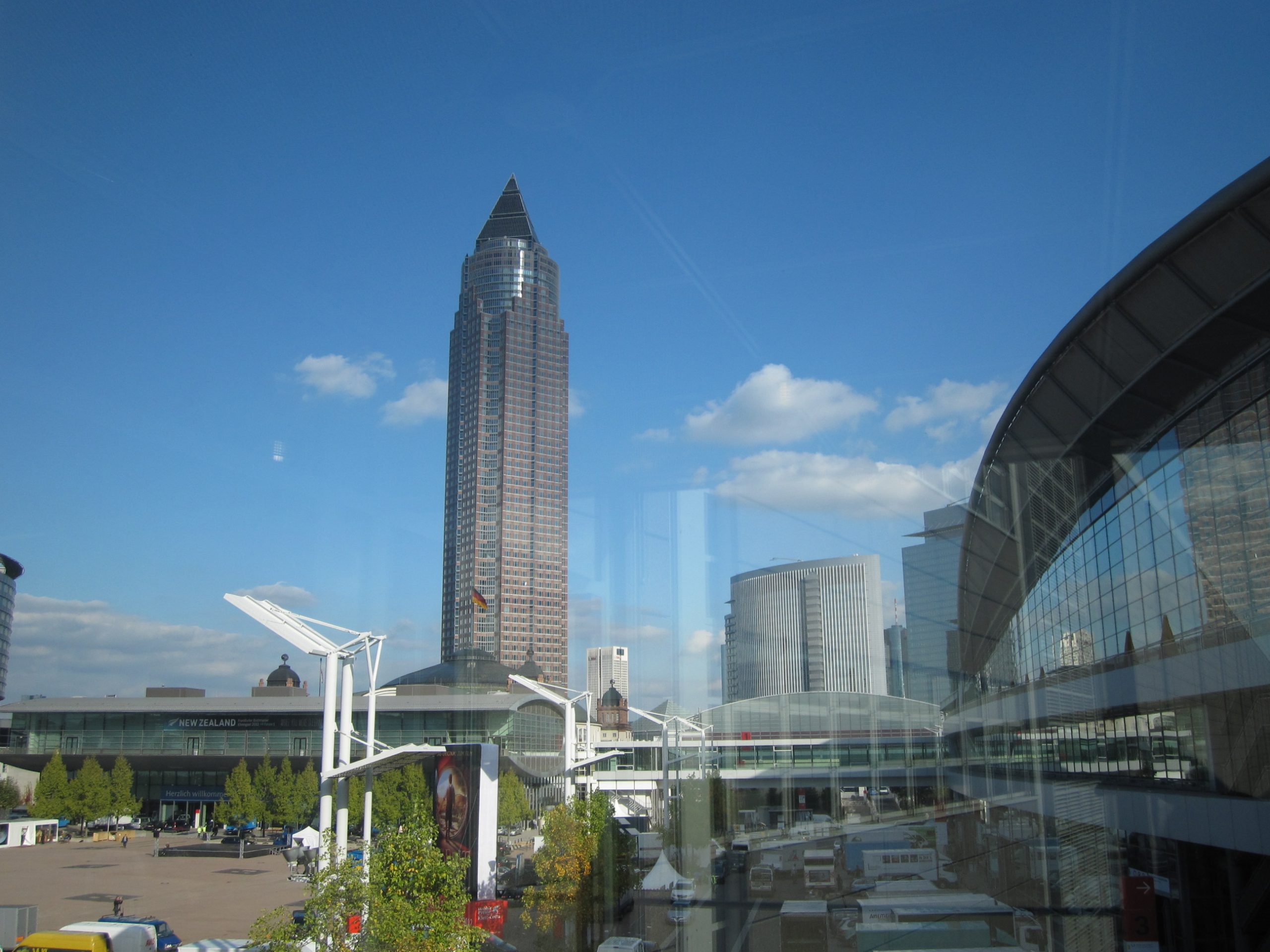 The Frankfurt Book Fair 2012 took place from October 10-14th and once again Pontaswas present there, this time celebrating its 20th anniversary and that was the reason Publishing Perspectivesreleased a very nice article about our company and how it was founded by Anna Soler-Pont in 1992.

According to Gabi Rauch-Kneer, Vice President Exhibition Management of the Fair, “in all, around 7,300 exhibitors from approximately 100 countries were present, and the more than 3,400 events attracted 281,753 visitors. The presence of international publishers and agencies in Frankfurt is growing, and industry observers judged the mood among the publishers as more open and adventurous than it was a year ago. This also includes the integration of new players from the fields of technology, film and games into the Book Fair universe”. Frankfurt is the place to talk and exchange ideas face to face with publishers and film producers from all over. In the photos here below, Claire Wachtel and Jonathan Burnham from HarperCollins in New York; and Frédérique Polet, French editor at Presses de la Cité showing the new hardcover special edition of Jonas Jonasson's novel(again number 1 bestselling in pocket in France).

Claire do Serro is the French editor of Dolores Redondo's novel The Invisible Guardian(one of the Pontas hot tiltles during the last months, to be launched simultaneously at least into eight languages in January 2013; besides having already sold film rights); Gloria Masdeu (editor at Shanghai 99, one of the best Chinese publishing houses at the moment, and yes! A Catalan is a Chinese editor!) with Patricia Sánchezfrom the Pontas team.

The uncontested highlight of the Book Fair was the presentation by the Guest of Honour New Zealand, which won the admiration of trade visitors and general public alike with its charming understatement, its magnificently designed pavilion and its colourful mix of performance, dance, singing, multimedia and high literature. Pontas client Alan Duffwas there among the invited New Zealand writers (in the photo withAnna Soler-Pontat one of the evening events). And Bill Manhire giving his wonderful speech on behalf of all New Zealand authors at the Opening Ceremony on October 9th.

American editor Corinna Barsan, from Grove Atlantic in New York, was introduced to Brazilian journalist and digital editor Ricardo Costa at the Pontas table; and it is always a pleasure to collaborate withChristian Robert, publisher of Au Vent des Îles, based in Papeete (Tahiti) and one of the most interesting catalogues of fiction coming from the Pacific.