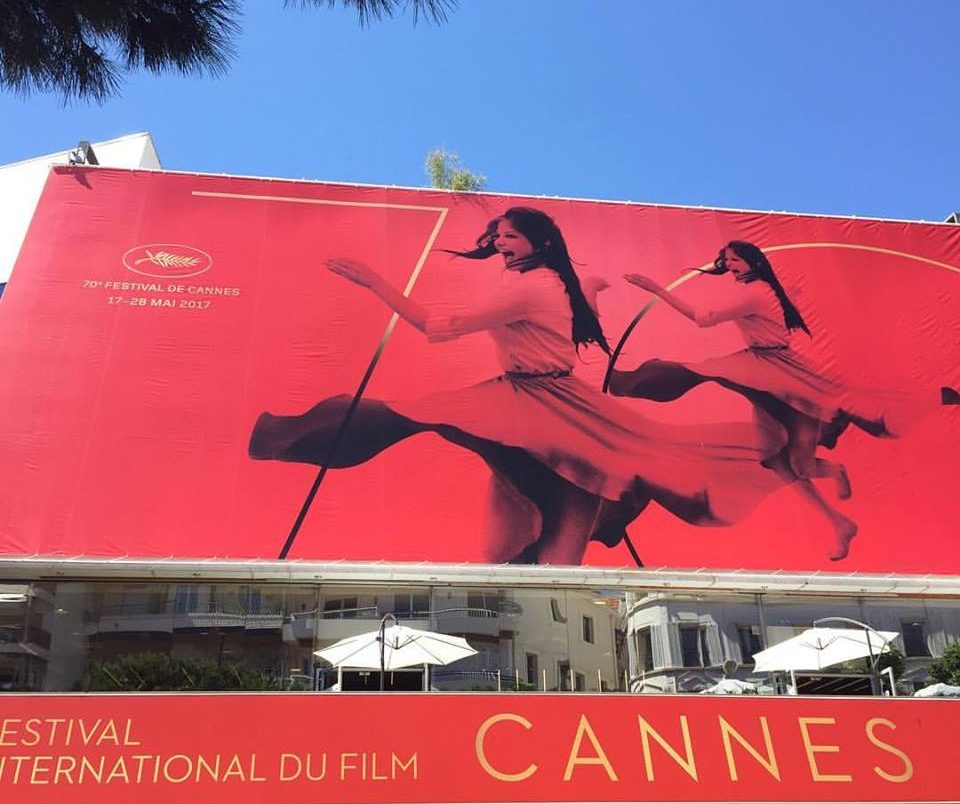 Representing both the Pontas Agency and Pontas Films, Anna Soler-Pont and Ricard Domingo attended the Cannes Festival’s Marché du Film 2017, the biggest event in the international film industry and a unique opportunity to meet the most varied professionals: from producers to investors, from filmmakers to scriptwriters, from lawyers to sales agents, from distributors to directors…

Meetings took place from early in the morning until late at night at the most different spots around Cannes: from stands at the Palais or Riviera, to the apartments and hotel suites at La Croisette, as well as terraces by the beach to yachts at the harbour, restaurants and cafés… and even while walking the red carpet for a festival screening!

On the literary agency side, Anna Soler-Pont had the chance to pitch books with film potential to producers such as Benito Mueller and Wolfgang Mueller from Barry Films (in the photo), as well as to introduce the 25 years in business of the Pontas Agency to a varied group of producers invited by Best Seller to Box Office, who always host interesting book pitching sessions at the “Literary Adaptation Pavilion” at Village International Pantiero (in the photo, Laure Kniazeff, one of the founders).

On the production side, the Pontas Agency's sister company Pontas Films has co-produced with the Peruvian company Señor Z the fiction feature film El Sistema Solar (The Solar System): an adaptation of the theater play by Mariana de Althaus, shot in Lima and directed by Chinón Higashionna and Bacha Caravedo (who is also the screenplay writer). Starring Adriana Ugarte (Almodóvar's Julieta) and Peruvian actress Gisela Ponce de León, among others, the film is currently in post-production. At the Marché du Film, this film was being pitched to international distributors and festival programmers by the sales agents’ team of Filmax International (in the photos).  The film will be theatrically released both in Peru and Spain in November 2017.

Meanwhile, the film adaptation of Cold Skin (the bestselling novel by Catalan author Albert Sánchez Piñol) is completed and the release in cinemas in Spain is planned for September 2017. The film was shot in the island of Lanzarote, directed by French filmmaker Xavier Gens. It's a coproduction of Babieka Films, Babieka Entertainment, Kanzaman France and Pontas Films, with David Oakes, Ray Stevenson and Aura Garrido as main casting, and screenplay by Jesús Olmo. In the photos above, the teaser-poster and the director Xavier Gens with Anna Soler-Pont in one of the meetings in Cannes.