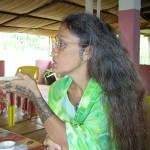 After the summer break (in our side of the world), the Pontas  team is back to sell translation and film rights of our varied list of international clients and to develop and produce audiovisual projects, both for film and tv. Among the titles and authors recently included in our list ready for submissions is Island of Shattered Dream, by Chantal Spitz, a Tahitian writer in French language. We represent worldwide rights on behalf of Éditions Au Vent des îles.

Marketing for Writers by Neus Arqués just came out in Spain and we are convinced that this is the book every writer needs to read. Worldwide rights are available.

Gellert Tamas is one of the most popular journalists in Sweden and the author of The Laser Man, the story that his friend Stieg Larsson said he would have wanted to write. Pontas represents this important book in France, Spain, Italy, Portugal and Brazil on behalf of Nordin Agency.

Christine Falkenland is an acclaimed and awarded Swedish author and we are proud to represent her novels in France, Spain, Italy, Portugal and Brazil on behalf of Grand Agency.

Teresa Viejo is a well-known Spanish journalist. She has hosted many shows for the main Spanish televisions and radios. The Memory of Water is her first novel and we suggest to watch the trailer she has produced herself in order to put some images to the plot! Worldwide rights available.

Tania Ganho is a Portuguese writer with an intimist style who has already built three thrilling and suspenseful novels we really believe in!  Worldwide rights available.